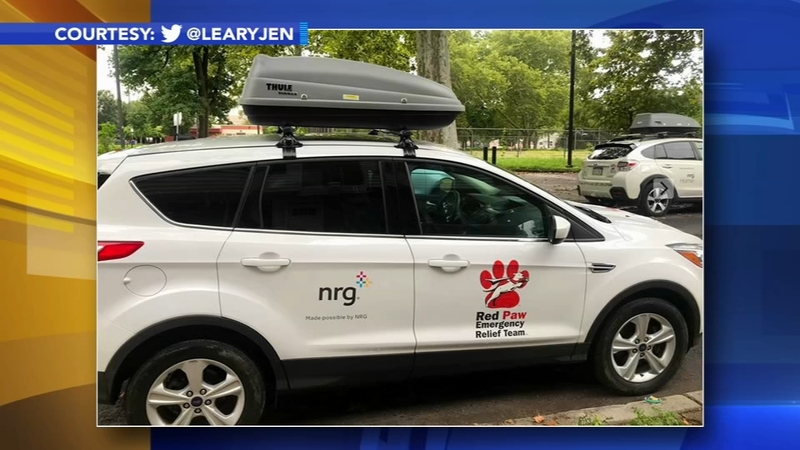 PHILADELPHIA (WPVI) -- A firefighter who has dedicated her life to saving animals is hoping someone will return her team's stolen equipment.

Jennifer Leary of Red Paw Relief posted a plea on Twitter asking for the public's help.

Attention Great Far Northeast Philly friends. Please be on the look out! 👀 👇 pic.twitter.com/cNVIKOBCvu

She says a brand new cargo unit was stolen off their response vehicle a week ago, while it was parked outside of Engine 22 on Comly Road in Northeast Philadelphia.

Leary, who is also a city firefighter, says the thieves also took brand new respirator masks and her personal protective gear which is not only costly to replace, it held a lot of sentimental value.

She's heartbroken, but even more crushed that thieves got away with her original gear that was given to her in the fire academy more than a decade ago.

It was rebranded as her Red Paw gear.

"We will replace the other stuff one way or another, but the bunker gear it is irreplaceable," she said. "I had it for 12 years through the biggest journey of my life. I would like for it to come back if it's around somewhere."

If you have any information that can help Red Paw Relief recover the gear, you are asked to contact Philadelphia police.