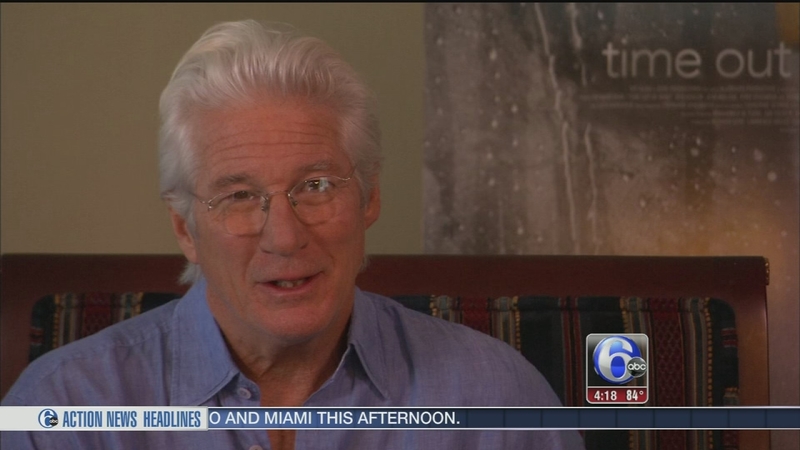 PHILADELPHIA (WPVI) -- There was major star power in Philadelphia with an even bigger message.

Richard Gere and director Oren Moverman from the new film Time Out of Mind visited the city Thursday to not only promote their new film, but to help promote kindness and compassion for those less fortunate in the spirit of Pope Francis.

Inspired by the film's message of empathy and compassion, Gere and Moverman are raising money for those who suffer on our streets in Philadelphia.

"It should be a tool of social change and wake people up a bit," Gere said.

The proceeds of their Thursday night event will benefit Project HOME and the Francis Fund, a special fund created in honor of Pope Francis' visit to Philadelphia.

Gere says this pope in particular has a particularly powerful compassion and concern for our poor sisters and brothers.

"He's living in the real world. He's not living with silly ideas from another time and place. He's dealing with people as they are on this planet," Gere said.

Gere who was born in Philadelphia will also be back next month to support another leader who has united people with his teachings of kindness - the Dalai Lama said.

Time Out of Mind opens on September 25th at the Ritz V.