A decision to overrule Roe would have sweeping ramifications, leading to abortion bans in roughly half of US states.
WPVI
By Jaclyn Lee 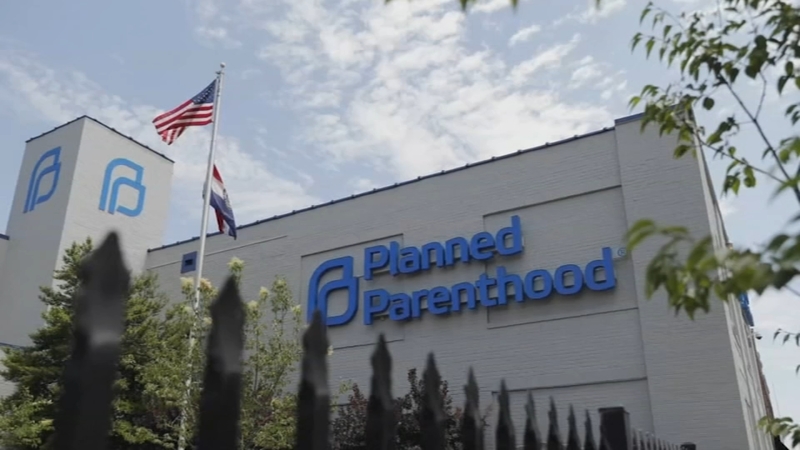 PHILADELPHIA (WPVI) -- The blowback has been swift and reaction certainly not stifled after the bombshell leak of the supreme court's draft decision that could possibly overturn Roe v. Wade.

Chief Justice John Roberts confirmed the authenticity of the draft, though emphasized it is not a decision of the court and not final.

In Philadelphia, anti-abortion advocates are calling this a big deal.


"We're just hopeful," said Tom Stevens, president and CEO of Pro Life Union of Greater Philadelphia. "We never imagined that we would be in this place a couple years ago, it just seemed impossible. So, we're hopeful of an overturn of Roe v. Wade."

But abortion-rights activists like Planned Parenthood say if Roe v. Wade is weakened in any way, the healthcare and safety of thousands of pregnant individuals across the country will be at stake.

"One in four individuals access abortion care in their lifetime and any time we ban access to healthcare, the folks most affected by that are folks living in low-income communities, folks from Black and brown communities and young folks, those who are not able to access healthcare," said Lindsey Mauldin, vice president of advocacy and public policy for Planned Parenthood Southeastern Pennsylvania.

RELATED: Where do lawmakers stand on abortion rights in Pennsylvania, New Jersey and Delaware?


Anti-abortion advocates say the decision is best left up to the states.

"And so if there was an overturn that said it's back up to the states and the states can decide whether or not abortion is legal, then that is a big deal," said Stevens. "We think if this happened that there could be as many as 100 babies that were born that might not have been born because they would have been killed in abortion."

A decision to overrule Roe would have sweeping ramifications, leading to abortion bans in roughly half the states, sparking new efforts in Democratic-leaning states to protect access to abortion, and potentially reshaping the contours of this year's hotly contested midterm elections.