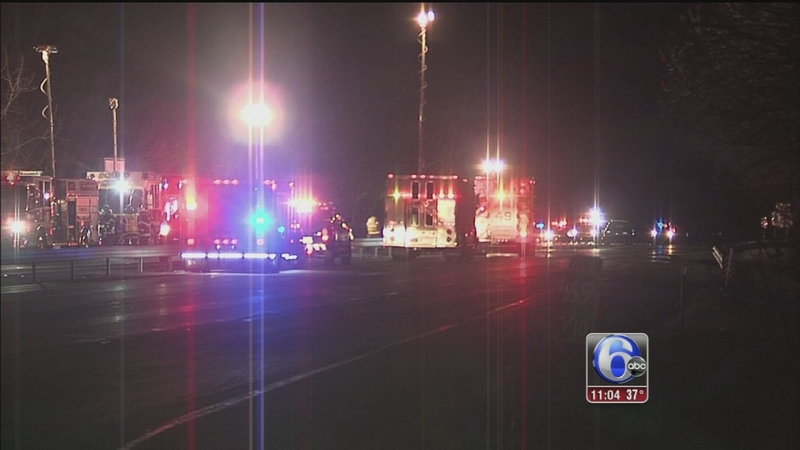 WEST POTTSGROVE, Pa. (WPVI) -- Police have identified the man and woman who were killed in a crash on Route 422 in Montgomery County over the weekend.

Marissa Kelly, 20, of Stroudsburg, Pa., and Anthony Rodriguez, 23, of East Elmhurst, N.Y. died in the wreck in West Pottsgrove Township on Saturday.

The driver of the car, Santone Santiago, was last reported to be hospitalized in critical condition.

Witnesses tell investigators that Santiago, who was driving a BMW, was racing the driver of a black Dodge Challenger in the eastbound lanes at speeds in excess of 100 m.p.h.

Investigators say the BMW crashed through a guardrail and landed on its roof at the bottom of a 30 foot embankment.

Kelly and Rodriguez were pronounced dead at the scene.

Police are looking for the driver of the Dodge. It's believed to have fog lights and Delaware plates.

Investigators believe the driver of the Dodge stopped briefly at the crash scene, then drove away.