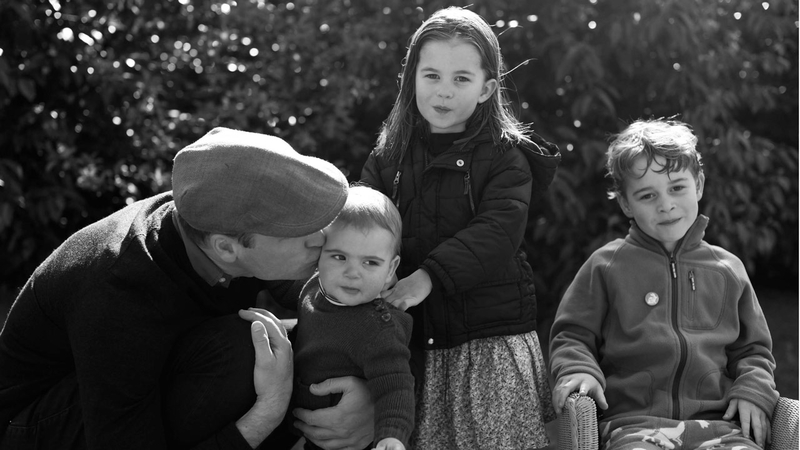 LONDON -- The royal family celebrated Christmas at Sandringham, where the Queen reflected on a "bumpy" year in her annual Christmas address.

Meanwhile, some of the youngest members of the royal family stole the show.

For the first time ever, Prince George and Princess Charlotte joined the royal Christmas tradition, attending a church service with grandmother Queen Elizabeth II and the family.

Little brother Louis was too young to join in, but an adorable family photo shows dad Prince William planting a kiss on his cheek. The family released the photo on Instagram, wishing their followers a happy and relaxing Christmas day.

The queen's traditional pre-recorded Christmas message was broadcast throughout Britain and the Commonwealth nations Wednesday afternoon. Britain's longest-reigning monarch emphasized the need for forgiveness and reconciliation and admitted it had been a difficult year.

"The path, of course, is not always smooth, and may at times have felt quite bumpy," she said in her address.

Her comment about a "bumpy" year was seen as referring both to Britain's laborious exit from the European Union, which is now expected on Jan. 31 after voters gave the pro-Brexit Conservative Party a comfortable majority in Parliament, and to the royal family's difficulties.

The message was recorded before her 98-year-old husband Prince Philip was hospitalized for four days for treatment of a "pre-existing condition" that was not revealed to the public. He was able to join the rest of the family for Christmas.