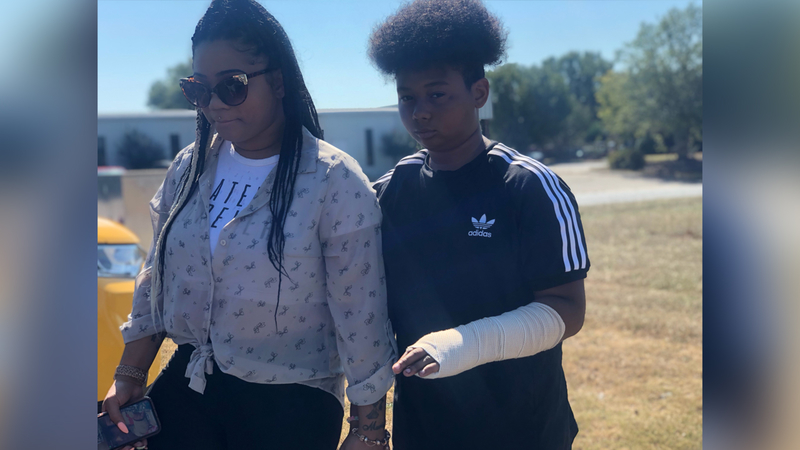 Child injured after being dragged by school bus

MOORE COUNTY, N.C. -- A school bus ran over a child in Moore County on Wednesday afternoon, according to North Carolina State Highway Patrol.

Bruised and bandaged, 12-year-old Zion Baker survived the scary ordeal. He has since been released from the hospital, but his mother is furious about the incident.

"A bus driver is supposed to make sure that her kids are supposed to be safe," Serena Thomas said. "I don't send my son on a school bus to get hurt."

The Highway Patrol said it happened at the intersection of Americus Road and Walker Street. Two girls had already gotten off the bus and crossed the street. But the moment Zion stepped off the bus, the doors closed on his backpack, and the bus began to move

"She pulled away and it drug me, and I fell," Zion said.

Zion was dragged about 10 feet before he was able to break free from his bag, but then, the bus' back tire ran over him.

Thomas said her son suffered wrist and elbow injuries along with bruises and scrapes.

"It hurt really bad, there were tire marks on my arm," Zion said. "My veins turned red."

The bus driver was charged with careless and reckless driving.

Thomas said she doesn't believe the act was intentional -- but she does think the bus driver was negligent.

Moore County Schools released a statement to WTVD, saying in part, that "the employee is not currently driving a bus."