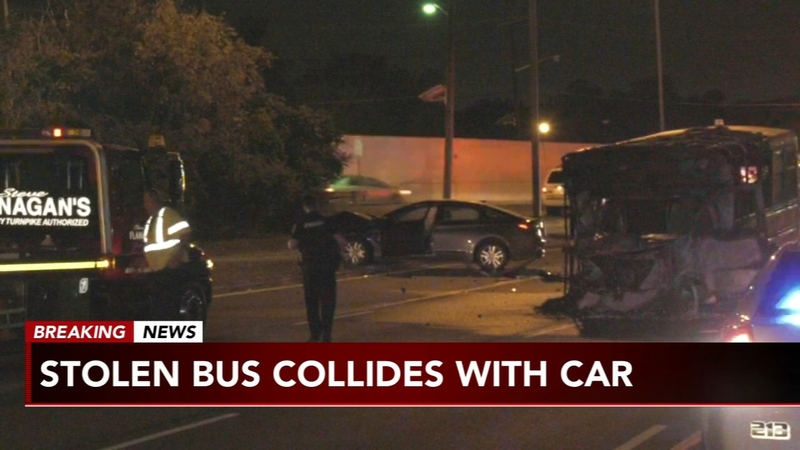 Officials said a driver who stole a school bus led them on a wild chase that ended with the bus crashing into another car and bursting into flames Saturday night.

According to investigators, the incident began around 10 p.m. when a small bus from the Maytav Bus Company was stolen from outside of the bus driver's house in Camden.

Camden County police said they spotted the bus and briefly tried to chase but lost track of it.

The bus was next seen travelling eastbound in the westbound lanes of Admiral Wilson Boulevard. Officials said that's when the bus collided head-on with a car and burst into flames.

The female driver of the car that was struck by the bus was taken by ambulance to Cooper Hospital with non life-threatning injuries.

Pennsauken Police shut down all lanes of Admiral Wilson Boulevard while they investigates the crash.