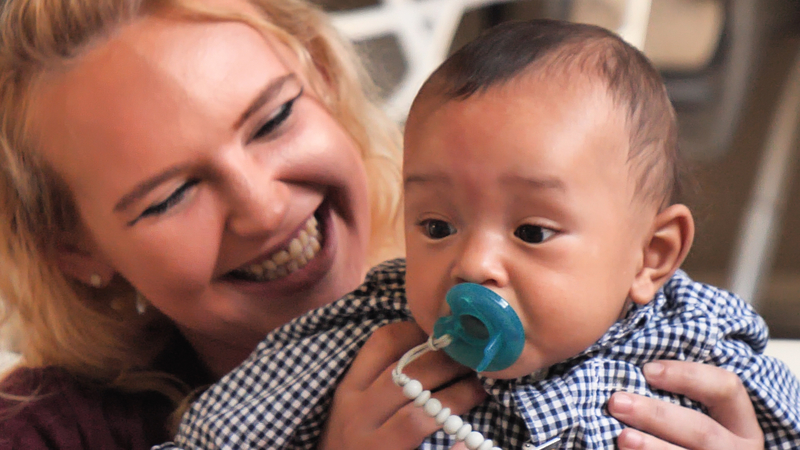 CYPRESS, Texas -- "It was really hard knowing when my son was born, he was born with drugs in his system." Ariel Bullock found out she was pregnant when she was 7 months along.

Her fiancé tried to help her get clean every day, but it wasn't until she held her son that her entire world changed and she gave up drugs.

Ariel checked herself into a treatment program and left her son in the hospital, knowing they would have nowhere to go when she got out.

Jodi Johnston and her husband Roy heard about Ariel's story when a member of the "100 Women Who Care" group in Cypress, Texas posted it on social media.

They were asking for donations to help Ariel with her son, but Jodi was so moved by her story she offered Ariel and her family a place to live.

"They are literally the reason why I get to be his mom," Ariel said.