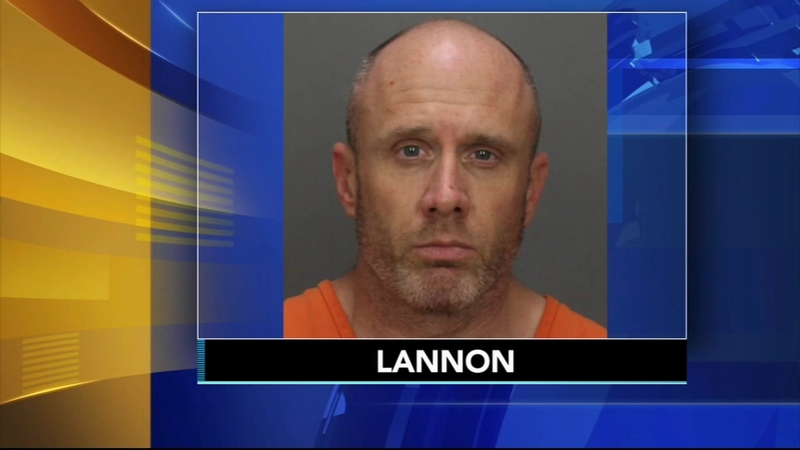 GLOUCESTER COUNTY, New Jersey (WPVI) -- A man accused of several killings, including one in New Jersey, shocked investigators when he allegedly claimed to have killed a total of 16 people.

Sean Lannon, 47, is accused of killing Michael Dabkowski in East Greenwich Township on March 8, but most of his alleged murderous activity took place in New Mexico.

After hearing the shocking accusations, a judge denied Lannon's release during a court hearing Friday.

"He admitted to killing a total of 16 people between New Mexico, albeit 15 in New Mexico, and one in the state of New Jersey," said Alec Gutierrez, who is the assistant prosecutor of Gloucester County.

Albuquerque police say the bodies of Lannon's ex-wife, Jennifer Lannon, and three others were found in a pickup truck abandoned at an airport. Jennifer's family is heartbroken and stunned.

"It's a senseless act for not only one, but a total of 16 people. It is just... I can't even imagine what drove him to do that," said Jennifer's brother, Chris Whitman.

Prosecutors say Lannon admitted the crimes to a family member.

"He told the witness he was extremely sorry for all the things he had done. He stated that he murdered his wife and boyfriend in New Mexico and that he also murdered Michael Dabkowski in New Jersey," said Gutierrez.

Lannon's attorney argues the murder in New Jersey was self-defense and a crime of passion. Lannon claims Dabkowski sexually abused him as a child, and he went to his home to allegedly retrieve explicit pictures taken of them.

Defense attorneys say there was an altercation, and Lannon killed Dabkowski.

"At worst, we have a credible self-defense claim. At best, we really have passion provocation for criminal homicide," Frank Unger, a public defender.

Jennifer's family says they not only want justice for their sister but for the other alleged victims.

Jennifer's family says they are trying to find forgiveness for Lannon.