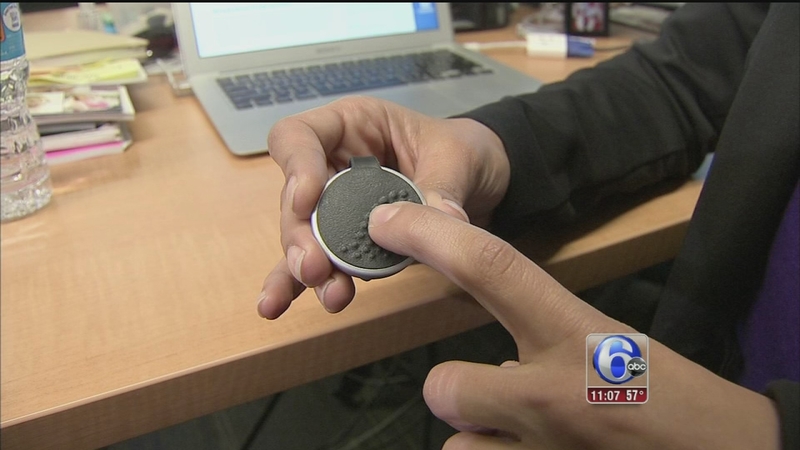 At the Science Center in University City, there is a lot of buzz about the device being developed by a company called Roar for Good.

The product is called Athena, a wearable distress signaling device.

"You press the button in the middle of the device for three seconds, it will immediately shoot off a loud alarm," CEO Yasmine Mustafa said. "And then it will message friends and family with your location through your mobile applications."

"We're also engineering it so it will be able to call 911; we don't have that part complete yet, but that's our goal," Gold said.

The device sends a text message with your GPS coordinates to selected contacts so they can find you and call police.

"You could wear it as a necklace, you can clip it on your clothing," Mustafa said.

"Jewelry that looks nice, but also has smart technology inside of it if you feel threatened," Gold said.

To validate interest in Athena, the company created a crowdfunding campaign hoping to raise $40,000 in a four week period to bring it to market. But just two weeks into the campaign, it went through the roof raising over $200,000, way above the goal.

But the company doesn't just want to create products that may save someone's life.

"For every sale of Athena we're taking a percentage of the proceeds and we're investing them in non-profits to teach youth about empathy, about respect, about healthy relationships," Gold said.

"We wanted it to come from a place of empowerment versus fear and that's where 'roar' came from, and the 'for good' because we want to make a difference, we truly want to change the world and that's where the educational piece comes in," Mustafa said.

Athena is not even on the market yet, but already the company has received pre-orders from over 1600 people in 42 countries.

"I'm real excited cause we just got an order from Thailand," Mustafa said.