Consumer Reports: Shopping at stores that give back 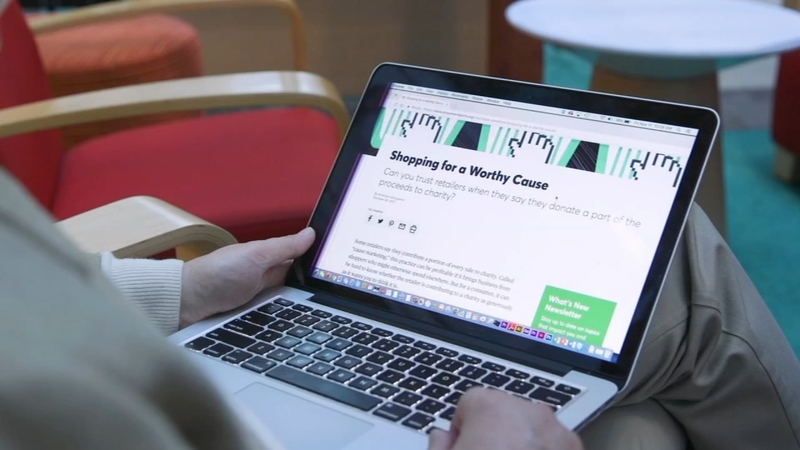 Consumer Reports: Shopping at stores that give back

PHILADELPHIA (WPVI) -- 'Tis the season of giving, so how about considering a gift that also lets you give back?

Some retailers donate a portion of their sales to charity. Why not play Santa and give to charity at the same time?

It is a great idea, but Consumer Reports does advise looking closely at the fine print before you do.

"Ideally, it's a win-win. But you've got to make sure that the companies are as generous as they want you to think they are," said Anthony Giorgianni, Consumer Reports Money Editor.

Consumer Reports says the key is transparency, so look on a company's website for information about its giving policy.

Amazon Smile, for example, states very clearly that it donates one-half of one percent of all eligible purchases to the participating charity of your choice.

"You want to be skeptical if the retailer says it's going to give a portion of the proceeds, but doesn't tell you exactly how much," said Giorgianni.

And, don't give anyone your business strictly to support a good cause. Make sure you're getting at least the same price and service you would get if you shopped elsewhere.

Because, for example, buying that $400 television on AmazonSmile results in a donation of roughly $2.

But if you can get a better price on a television elsewhere, you can always save yourself some money and go ahead and make that charitable donation on your own.

Consumer Reports also suggests taking a close look at return policies before deciding where to make your purchases, particularly during the holiday season. You want to be sure whoever you're gifting to can make exchanges and returns if they need to.

Read the full report at ConsumerReports.org