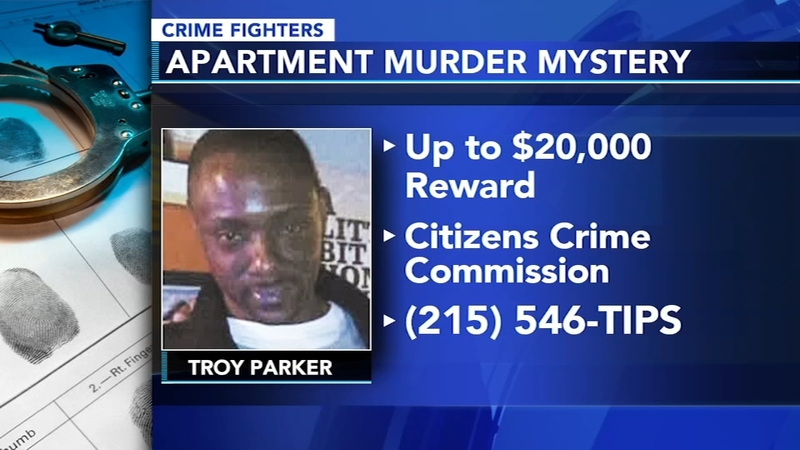 PHILADELPHIA (WPVI) -- A man sitting inside an apartment is shot in the head in front of other people. Now his siblings want justice.

"Troy was a gentle giant basically. He was generous, he was ambitious, he was caring, he helped his community," she said.

And while she says he was a good guy, she was also honest about his relationships.

"I think he just ran with the wrong crowd for a lot of different reasons," said Tramel.

On Sunday, March 11, the 40-year-old was with other people inside a unit at the Girard Court Apartments along the 2100 block of North College Avenue in North Philadelphia.

Just before 8:30 p.m. police were called for a shooting.

When they arrived they found Troy suffering from a gunshot wound to the head.

"People, unfortunately, did rob him as he was hurt, it's, it's unimaginable," said Tramell.

Troy was taken to the hospital where he died two days later. No one else in the apartment was shot. And witnesses were only able to give brief descriptions of the shooter.

"It's really horrible, I think he was targeted is what it sounded like," added Tramell.

Since his death, Tramel has set up a foundation to help underserved communities.

She said, "We want to try and help them get resources so hopefully this won't happen to someone else."
------
Send a News Tip to Action News
Learn More About 6abc Apps
Report a correction or typo
Related topics:
north philadelphiacrime fightersmurderphilly newshomicide investigationhomicideshooting
Copyright © 2021 WPVI-TV. All Rights Reserved.
More Videos
From CNN Newsource affiliates
TOP STORIES