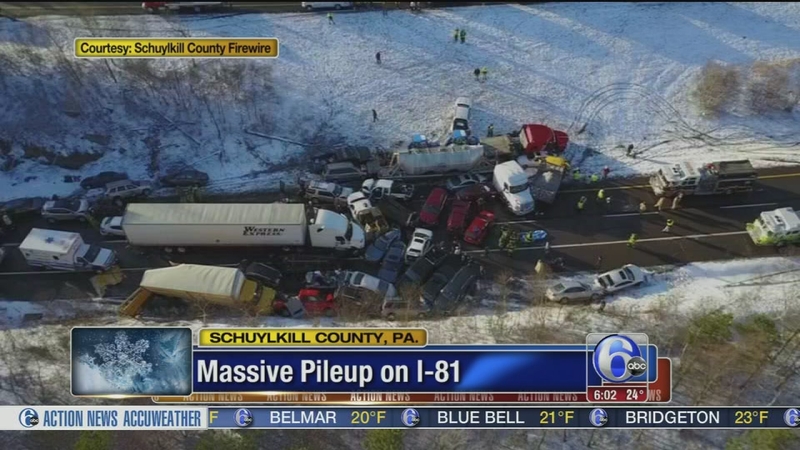 HARRISBURG, Pa. -- Snow squalls across Pennsylvania led to dozens of weather-related pileups on highways around the state and caused dozens injuries, one of them fatally.

Authorities say 26 others were injured, some seriously. They were transported to hospitals via helicopter and ambulance.

Photos posted on social media show numerous cars and tractor trailers off the highway and on top of one another.

Crashes also were reported on Interstate 80 in Clinton County and Interstate 99 in Centre County.

WNEP-TV says nearly six dozen vehicles were involved in the I-80 crash and about two dozen people suffered injuries.

The Centre Daily Times reports 40 vehicles crashed on I-99 Friday.