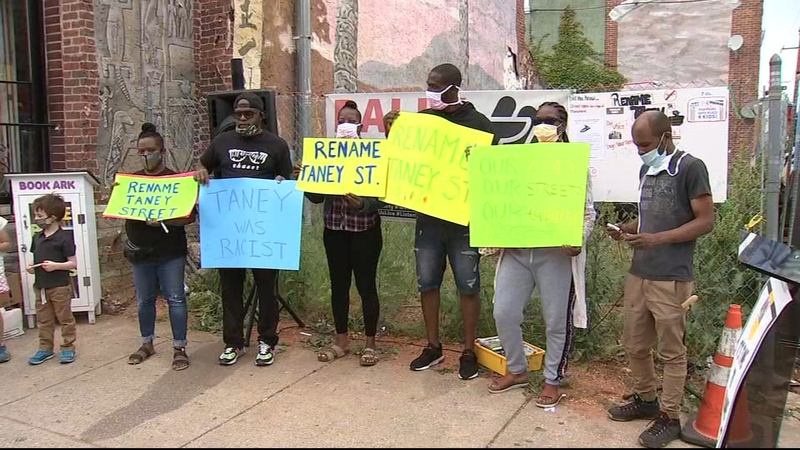 PHILADELPHIA (WPVI) -- For over a year now, community members in Philadelphia's Grays Ferry neighborhood have campaigned to rename a city street with a controversial history.

A coalition of community groups are calling for city leaders to change the name of Taney Street. The street's namesake is at the core of their concern.

U.S. Supreme Court Chief Justice Roger Taney wrote the Dred Scott decision in 1857, ruling that Black Americans were not and could never be recognized as US citizens.

A petition to rename the street has collected more than 2,700 signatures.

Councilmember Kenyatta Johnson released this statement on the renaming effort:

Our office in recent weeks has received emails on both sides from South Taney Street(s) residents and neighbors-some in support of the name change and some in strong opposition.