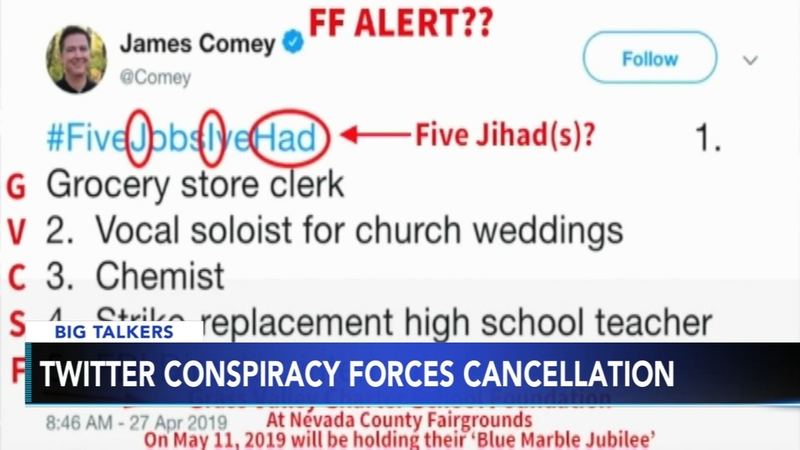 A conspiracy theory began with a tweet and ended with a major blow to an innocent school fundraiser.

The uproar forced organizers to cancel the event, losing out on much-needed money for that school.

Wendy Willoughby and Kathy Dotson have been working hard to plan the annual Blue Marble Jubilee, a fundraiser for the Grass Valley Charter School in California.

But their efforts were upended after an unrelated tweet sent by former FBI Director James Comey.

Comey was taking part in the recent "Five Jobs I've Had" hashtag, but online conspiracy theorists decided the tweet was actually a hidden message, suggesting the tiny festival was a target of jihadists.

Thousands latched on, forcing the cancellation of the event.

"To have these folks twist that and make it as though they are the one's doing good? I wish there was a way we could show them that all they did was push out hate and fear and division and heartbreak," said Willoughby.