WPVI
BENSALEM, Pennsylvania (WPVI) -- A cherished Minnie Mouse doll that has helped a young Bucks County girl through 40 brain surgeries at Children's Hospital of Philadelphia has been found.

That update came on Tuesday night, from the girl's mother who pleaded for the public's help in finding the beloved toy.

In a Facebook post on Wednesday morning, Niki Dougherty-Ramirez said the mouse was found "underneath a pile of clean clothes."

Dougherty-Ramirez posted to Facebook saying her daughter last remembered having the doll at the Chick-fil-A restaurant on Horizon Boulevard near the Neshaminy Mall.

That restaurant offered a $250 reward and free food for a year to anyone who located the doll.

On Wednesday, Dougherty-Ramirez pushed back against those who she said were "bashing her online" by saying this was all for attention.

"My kids have been sick since birth," she wrote, adding that she would not use their illnesses in any way.

She said she was offended and that, "Anyone who really knows me knows that in would NEVER EVER do that!!!! This was an honest mistake and I am so hurt that people would think that."

Dougherty-Ramirez said her daughter, Bryanna Ramirez, had lost her Minnie Mouse doll around 6 p.m. that day.

Bryanna has a condition in which her brain is too big for her skull. She's had 40 brain surgeries since she was 18 months old, and at each one, Minnie has been by her side. It's a source of strength that disappeared Saturday.

"My daughter is beyond heartbroken. I hope we can find her. I can't imagine having to send her into the OR again without her Minnie. That is the only thing that helps her get through all that she goes through," Niki's message from Saturday read.

In the post, she made sure to point out that the doll may not look brand new - because it isn't.

"And before the comments start, she is NOT dirty. She is just well loved," Niki's message reads. 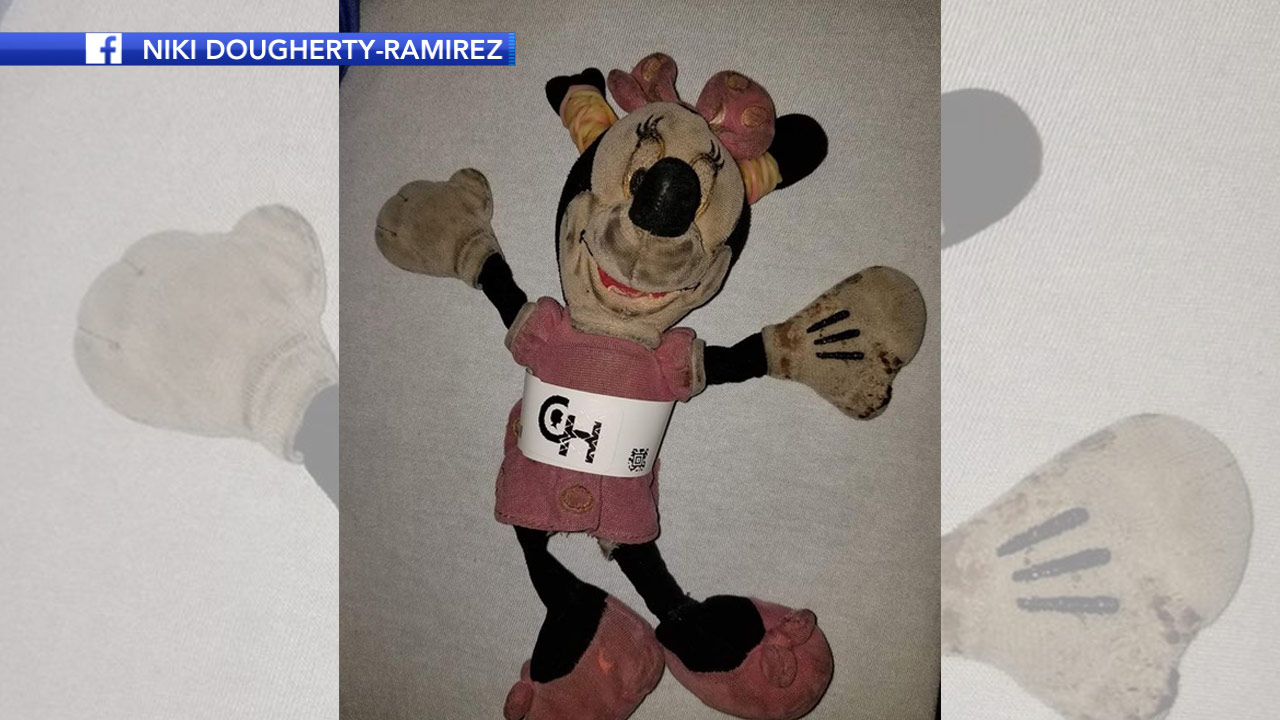 But good news surfaced Tuesday night when Niki announced that Minnie was found.

"WE HAVE MINNIE!! WE HAVE MINNIE!! Thank you for all the shares and prayers. We appreciate each and every one of you!! This was one of the worst couple days. Bryanna is soooooo ecstatic to have her in her arms again," said Nikki.

Many in the community came to Bryanna's aid, even Chick-fil-A where the doll was lost. The restaurant said they would give a $250 reward and free food for a year to anyone who located the doll.

"We will feed them free to a year," said owner Cyndi Winters. "They can come in and have Chick-fil-A everyday free for a year."

Niki concluded her Facebook message on Tuesday night with one final description of how much Minnie means to her daughter.