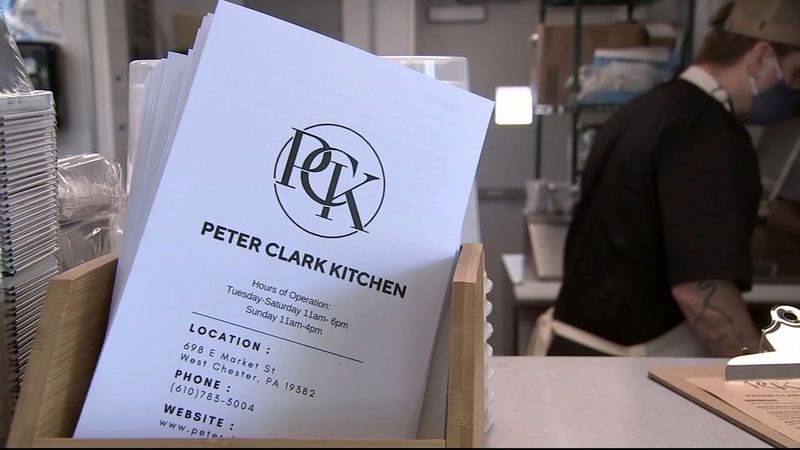 It's the brainchild of a chef who found himself out of work during the pandemic and started taking orders from home.

One item launched this journey for Peter Clark Kitchen: Soup.

During last year's lockdown, Erin Morrison was laid off as the executive chef of a catering company.

Out of work for the first time in his career, he started cooking and making soup. He started selling it through social media and word of mouth.

"I was making three soups a week," Morrison said. "I started with 40 quarts a week and it grew to 140 quarts. I decided at that point to apply for a small business loan as a first-time small business owner. I said, 'If I get the loan, I'm going for it.'"

He got the loan, and he went for it.

A few weeks ago, on May 1, Morrison officially opened the doors of his first commercial space on East Market Street in West Chester. He calls it Peter Clark Kitchen.

He named it after his father, a chef in the US Navy, who passed away when Erin was just 13 years old.

Knowing how devastating this pandemic has been on his industry, Morrison made it his mission to hire other unemployed chefs.

"When the pandemic started, everybody had to shift," he said. "I decided that rather than sitting on my hands and waiting for something to come to me, I went out and did something. In that process, this was born and now I have all of these great people here with me."

Chef Morrison also knows there's no more important time to support small businesses. That's what you'll find around his marketplace: from the coffee to the chocolate to the honey.

He also sources from local farms for the ingredients in his meals.