Though the victim had been shot, he was able to run two blocks to the Wawa on South Columbus Boulevard for help.
WPVI
By 6abc Digital Staff and Corey Davis 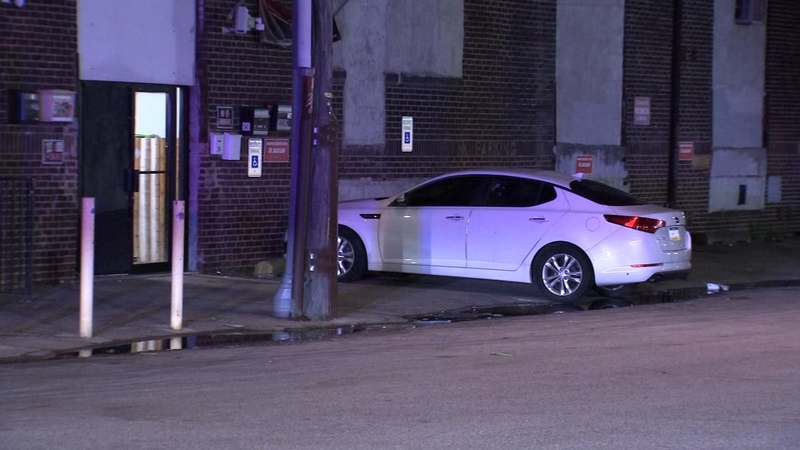 PHILADELPHIA (WPVI) -- Police are searching for a group of armed suspects who attacked a man while he was waiting for an Uber Eats delivery outside a South Philadelphia recording studio.

"We heard the gunshots and it was really loud," witness Patty Prusinowski said.

Prusinowski is still shaken up after a 31-year-old man was shot on the unit block of Jackson Street behind the 24-hour laundromat where she was doing laundry around 1:30 a.m. Wednesday.

She says an hour before the shooting, a group, including a man armed with a hammer, tried to rob the laundromat.

"People are worried," she said. "The violence has been kicking up."

She later heard the gunshots out back and called police again.

Moments later, investigators got a call about a 31-year-old man who was half a mile away at the Wawa on South Columbus Boulevard with a gunshot wound to the leg.

"He was able to tell police that he was working in a recording studio. He's the sound engineer in the studio. He was working and he ordered food from Uber Eats," Philadelphia Chief Inspector Scott Small said.

He went outside to wait for his food, but police say he saw five people wearing masks quickly approaching.

"He got scared and began to run. When he ran, he heard multiple gunshots then realized he was shot in the leg," Small said.

The back door of the laundromat and a vehicle at the scene were struck multiple times.

The victim somehow made it to the Wawa, escaping most of the bullets.

"Although he's unlucky for being shot, he's very fortunate that only one of the 21 bullets hit him," Small said.

The victim was taken by police to Jefferson University Hospital in stable condition.