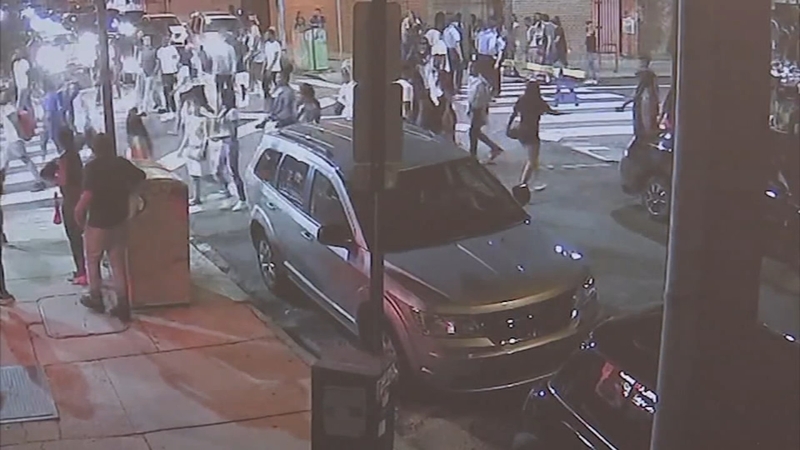 PHILADELPHIA (WPVI) -- Police are searching for a group of teenagers that looted and damaged property inside of a Walgreens store on 18th and South streets Thursday night.

A cashier was injured when he tried to intervene, hit in the head with a glass bottle.

"About 60 juveniles walked into the establishment and began removing things from the shelves, destroying property inside the store. The cashier attempted to intervene and some heavy item - I believe it was a bottle - was thrown at him, striking him in the head," said Captain Sekou Kinebrew of the Philadelphia Police Department.

While most were not misbehaving, some took advantage of the large crowd size.

Myles Burke says as he stood on his balcony at 11th and South and saw teenagers beating a man without reason.

"He was bloodied. He was being punched and kicked. I was standing right over him on my balcony. I was yelling to the police for them to stop it. They were saying they couldn't stop what was going on, there was too much for them to handle," said Burke.

Farther west on South Street, businesses started locking their doors to keep the crowds out.

Then the crowd made it inside Walgreens.

No arrests were made. Police are inspecting surveillance inside the store to identify the actors.