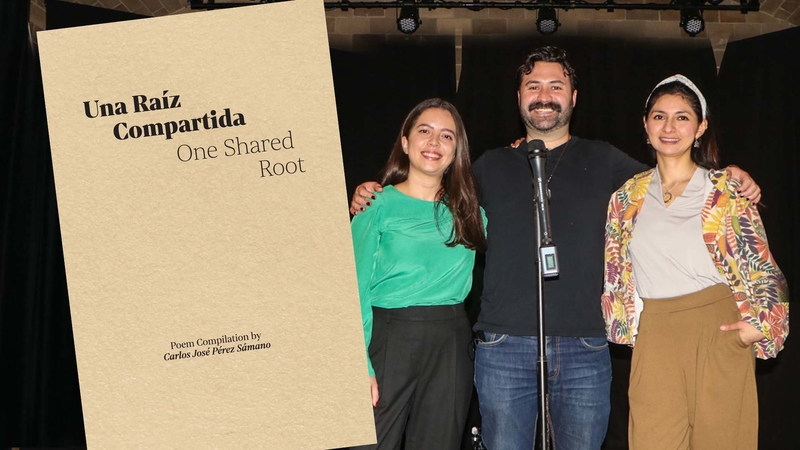 PHILADELPHIA, Pennsylvania (WPVI) -- "I do believe in the beauty of each of us," said Carlos José Pérez Sámano. "So, I try to make people write and share what they think, what they feel, the way they understand the world."

Pérez Sámano is originally from Mexico but came to the United States in 2016. Living in Philadelphia, he became the first resident artist at Penn Museum. There, he was tapped to lead a first-of-its-kind poetry program for the Spanish-speaking immigrant communities in the city.

The name of the project is "Una Raíz Compartida," which translates to "One Shared Root." Free poetry workshops were held in outdoor spaces and on Zoom to help all walks of life feel comfortable with pens in their hands.

"The people that took the workshops wrote poems and I was in charge of doing the compilation in the book," said Pérez Sámano.

On Saturday, April 2, at 11:00am, the group will perform "Una Raíz Compartida" at Penn Museum. Tickets to the celebration are free to registered guests of the museum.

Joining the group was an eye-opener for Nicole Robles, who is originally from Puerto Rico.

"It was, like, good for me to do something outside my comfort zone and learn about other people's experiences and their backgrounds, too," she said.

A similar lesson was learned by Silvia Roldán, who is from Ecuador. She enjoyed writing as a teenager but put the pen down once she came to the United States. Thanks to this series of workshops, Roldán is writing once more.

"We are from different countries, but we, at some point, I think we're very connected," she said. "We talk about the same things and we feel this connection."

Topics covered in the poetry compilation are family, ancestry, creation, and the blood, sweat, and tears of Latin American migrants.

Fifth and sixth-grade students in the tri-state area are being challenged to an essay contest surrounding the rule of law.