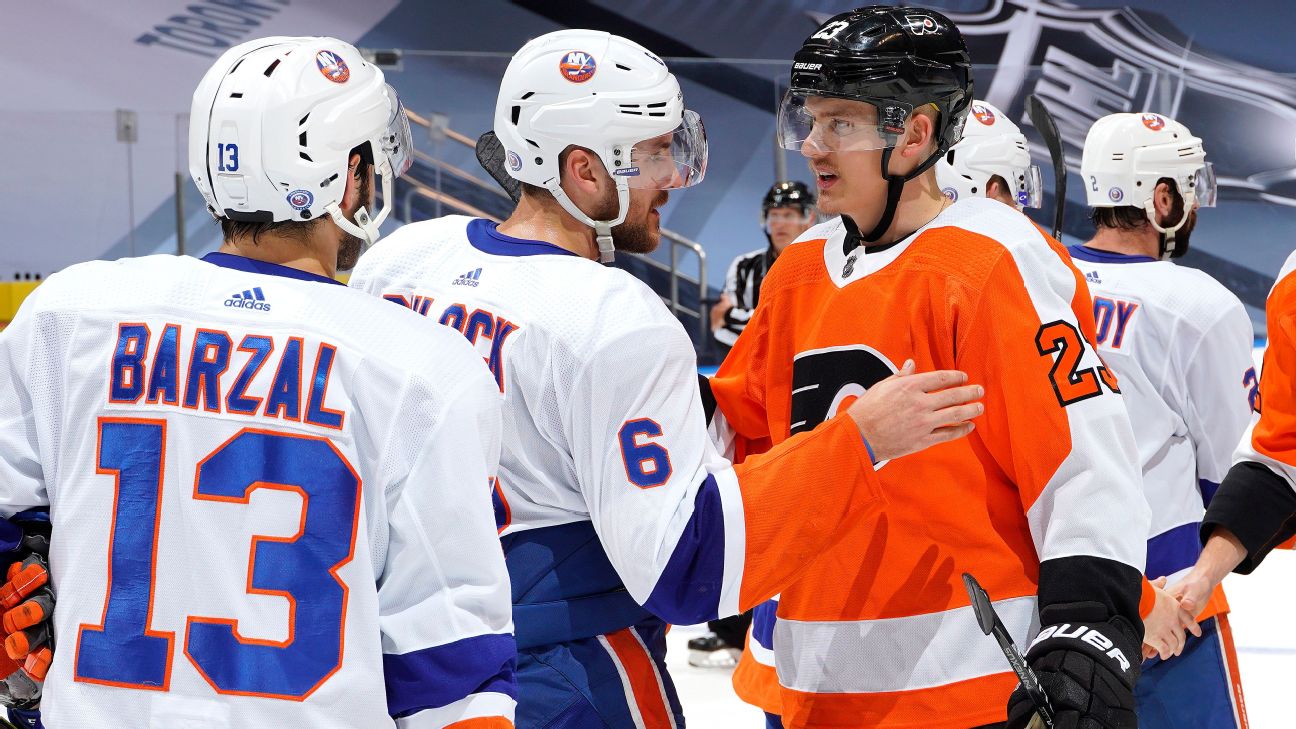 Three rounds down, two to go. The most unconventional Stanley Cup playoffs ever continue on after three Game 7s were needed to finish the second round. The two Eastern Conference teams are now off to Edmonton for the remainder of the tournament, and the last team to punch its ticket was the New York Islanders -- and boy, did they do it emphatically. But we don't have much time to process that, as the Western Conference finals between the Vegas Golden Knights and Dallas Stars begin today!

Shortly after the Golden Knights defeated the Vancouver Canucks in Game 7 on Friday, a reporter asked Vegas coach Peter DeBoer about preparing for Dallas. "I need a drink after the last three games before I think about Dallas," the coach quipped. Life in the bubble comes at you fast, because less than 48 hours later, the Western Conference finals are here. The Knights will be without Ryan Reaves, who was suspended one game for his hit on Tyler Motte. Stars folk hero Joel Kiviranta--who played in 11 games this season then somehow mustered a hat trick including the OT game-winner in Game 7 versus the Avs -- is back into the Dallas lineup for Game 1. And it sure feels like Dallas will be riding out Anton Khudobin, not the injured Ben Bishop, for the foreseeable future. This series will be a showcase of two up-and-coming stud defenseman. Get used to the names Miro Heiskanen (Dallas) and Shea Theodore (Vegas). You'll be hearing them a lot.


Don't look now, but the Isles are the highest-scoring team (3.33 goals per) left in the playoffs. They got a pair of first-period goals from defenseman (Scott Mayfield and Andy Greene) and used their signature stingy defense to do the rest. Coach Barry Trotz opted for Thomas Greiss to give his team "freshness," and though the German recorded the shutout, he only needed 16 saves to do it. The Isles now make it to the Eastern Conference finals for the first time since 1993, snapping the NHL's longest streak without a final four appearance. Sean Couturier returned for the Flyers, but later revealed he was playing with a sprained MCL. "Right now it's very frustrating," captain Claude Giroux said. "We like our team, we like the pieces we have. Frustration is high right now. We're going in the right direction, but ... it's one game, we win this game and we're a conference finalist. We've got to learn from this and move forward." Full recap.

After his broken stick allowed the Flyers to score in double overtime in Game 6, Mayfield repented by getting the Isles on the board first; it was his first goal since Jan. 11.

Greene has been an underrated contributor, and he got a moment to shine on offense with his second goal of the series. A reminder that Greene, the former Devils captain, had to waive his no-trade clause to join the Isles in February.

He needed to make only 16 saves and had long stretches without sustained pressure, but a shutout is a shutout! He's the second Isles goalie to do it in a Game 7, following Glenn "Chico" Resch from the 1975 quarterfinals against the Penguins.

"This is a big day and a big win for us. Guys have worked their whole life to get this opportunity and get this far. The fan base is passionate and always talks about the wins back in the '80s and the teams and the Cups. ... Those guys are heroes. Everyone in the room now is trying to be a part of the story like that, and write our own little chapter." -- Isles forward Brock Nelson, who has been with the team since 2013.

Tough luck of the day

Mathew Barzal has had a rough go of it recently. He was hit in the eye with a stick earlier in this series, hit in the nose with a stick during this game, and that was after this happened during warm-ups:

"As I said to Barzy, as you go along you're gonna look more and more like a hockey player if you're winning," coach Barry Trotz said after.

For the record, Trotz also said Game 7 might have been Barzal's best game as a pro. 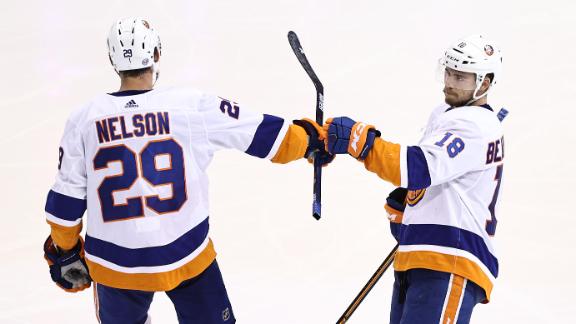