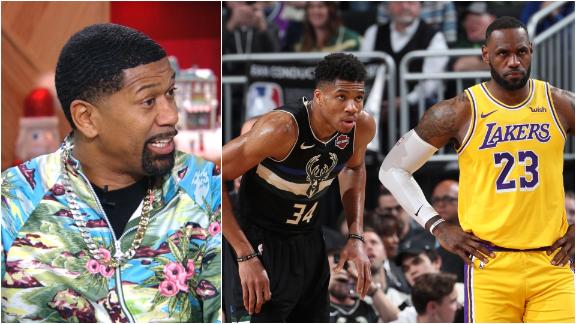 ESPN
The Philadelphia 76ers will host a rare Christmas Day game when they battle the Milwaukee Bucks on Wednesday.

It will be the first home game on Christmas since 1988 for the Sixers, who are looking for their third straight win and enter this matchup following an impressive 125-109 victory Monday on the road against the Detroit Pistons.

Ben Simmons earned his second triple-double of the season and the 24th of his career with 16 points, a career-best 17 assists and 13 rebounds.

Despite the strong numbers, Simmons was critical of his performance.

"It was alright," Simmons said, according to the Philadelphia Inquirer. "I should have had more assists."

Simmons became the first Philadelphia player to post at least 16 points, 17 assists and 13 rebounds since Wilt Chamberlain accomplished the feat twice in 1968.

Tobias Harris poured in a season-high 35 points while Furkan Korkmaz added 21 and Joel Embiid had 20. Embiid had been questionable with an illness and helped to provide a balanced offensive effort.

"We were able to get our offense rolling, score, get stops and get out in transition," said Harris, who made 14 of 21 shots and had four 3-pointers. "We did a good job of just attacking."

The victory was tempered a bit with the news that promising rookie Matisse Thybulle will miss a minimum of two weeks with a bone bruise and right knee sprain.

"To be honest with you, I thought it could have been worse," Sixers head coach Brett Brown said. "So I pivoted completely to almost thrilled as it turned out. We will miss him for sure."

The red-hot Bucks enter Christmas Day with a 27-4 record and a three-game winning streak. They defeated the Indiana Pacers with ease 117-89 on Sunday as Most Valuable Player candidate Giannis Antetokounmpo had 18 points, 19 rebounds and nine assists.

Wesley Matthews added 19 points and the Bucks knocked down 15 3-pointers, including five in the fourth quarter to quickly seal the win.

The Bucks, who recently posted a league-best 18-game winning streak, have continued to win by thriving both offensively and defensively.

"I felt like we were able to make plays," Antetokounmpo said. "Once you see one going in and somebody making a play for the guy next to him, it makes the game a lot easier and gives everybody momentum."

Antetokounmpo's overall game continues to improve, as he has connected on 24 shots from 3-point territory in December.

"He's shooting it without even thinking about it, and it looks so great, it looks beautiful," teammate Brook Lopez told the Milwaukee Journal Sentinel. "It's definitely contagious."

The Bucks received a major lift once again from guard George Hill, who scored 17 points. Hill has given Milwaukee a much-needed spark off the bench.

"I think in the first half, without him, we probably would have been in a hole," Bucks head coach Mike Budenholzer said of Hill. "He carried us in the half. He's been doing it every night."

The Bucks will be playing their sixth straight game without guard Eric Bledsoe, who suffered a fractured leg against the Memphis Grizzlies on Dec. 13.

Jalen takes Giannis over LeBron for this year and the next 5
Jalen Rose, Jay Williams and Chiney Ogwumike would all rather have Giannis Antetokounmpo over LeBron James this season, while Mike Greenberg still sides with the Lakers veteran.
Report a correction or typo
Related topics:
sportsespnmilwaukee bucksphiladelphia 76ersnba
Copyright © 2020 ESPN Internet Ventures. All rights reserved.
More Videos
From CNN Newsource affiliates
TOP STORIES