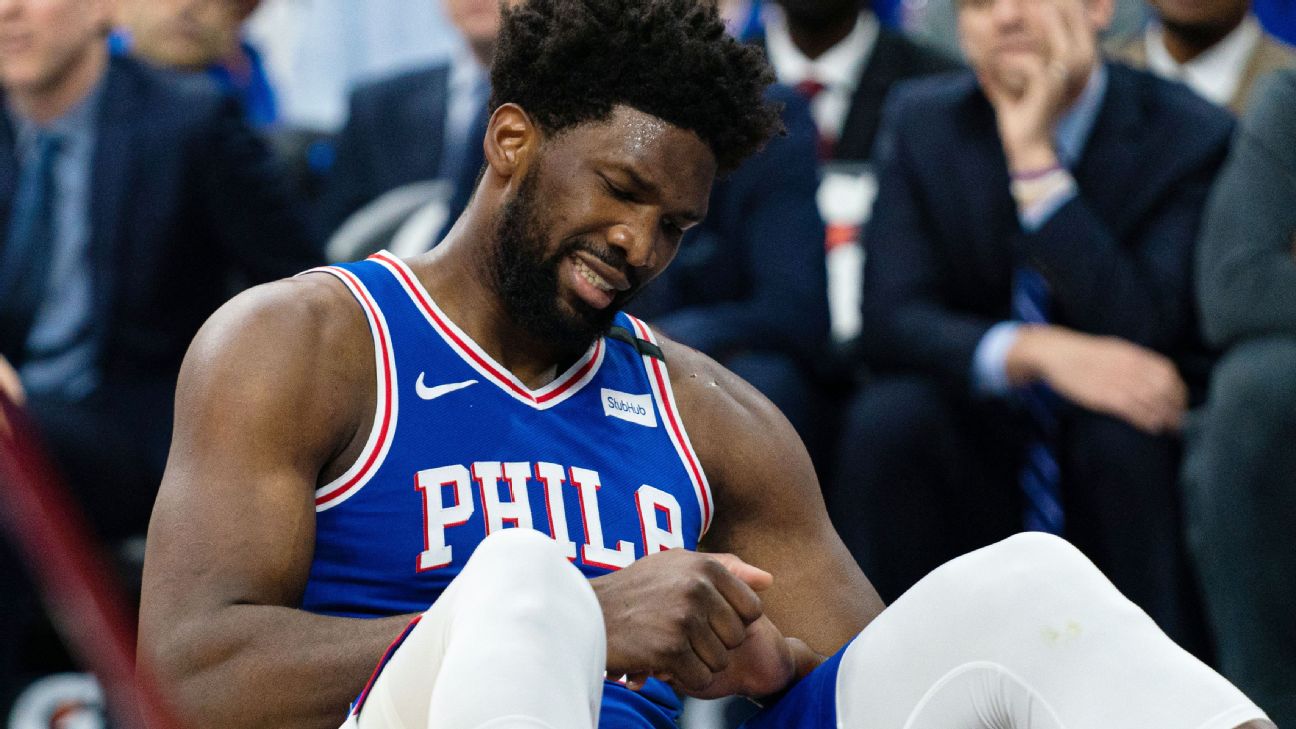 PHILADELPHIA -- All-Star centerJoel Embiid, who practiced Friday for the first time since undergoing surgery on his finger, said he hopes to return to the court for the Philadelphia 76ers next week.

"Just trying to get back into it and make the progress that's necessary," Embiid said after a lengthy post-practice workout Friday afternoon. "But I feel good. ... I think my finger feels good."

Embiid had surgery on Jan. 10 to repair the torn radial collateral ligament in his left ring finger. He said he's "not too concerned" about the All-Star Game, when asked if he thinks he'll be back for the league's annual showcase on Feb. 16 in Chicago.

"Right now we are sixth in the East," Embiid said. "Next week, I'm hoping to play."

The Sixers have gone 5-3 since Embiid suffered the injury on Jan. 6 against the Oklahoma City Thunder. Philadelphia is also without Josh Richardson, who will be reevaluated in two weeks for a hamstring strain suffered in Wednesday's loss to the Toronto Raptors.

Embiid fully participated in Friday's practice -- including taking contact -- while wearing a protective sheath over his left ring and middle fingers.

"A lot," Sixers coach Brett Brown said, when asked how much Embiid's presence changes the energy around the team. "Say no more. He just comes in with a spirit. He was just named for the third straight year as a starter to the All-Star team. He's obviously highly gifted and highly important to what we do. To get him into the group and have him be around is significant."

The Sixers said Embiid's status would be reevaluated Monday, which means he will miss Saturday's showdown with LeBron James and the Los Angeles Lakers (8:30 p.m. ET, ABC) but could be back against the Golden State Warriors on Tuesday.

More importantly, Embiid seems to be tracking to play Feb. 1 against the Boston Celtics. That is the second stop on a four-game trip that also includes games against the Miami Heat and Milwaukee Bucks. Milwaukee has the Eastern Conference's best record; Miami is second and Boston is fourth.

Embiid said he would have to continue to keep wearing the protective device on his hand when he returns.

"Still getting used to it," Embiid said of playing again post-surgery. "From time to time, you get slapped on the hand, so going through practice and going through those scenarios and seeing how it goes and also getting back into it.

"I had a little time off where I couldn't do anything with the surgery, so probably a little bit winded, and have to get my conditioning back."

Embiid said he has been working out on a bike and an elliptical to try to keep his conditioning up, and he said he's going to continue working out twice a day until he's able to fully return to the court.

In the meantime, he has been encouraged by what he's seen from the Sixers without him, as both Richardson and Ben Simmons have taken home the East's Player of the Week honors.

"It sucks [not to play], but we've been doing a pretty good job," Embiid said. "Obviously last game [in Toronto] was a pretty tough one and we have a tough one coming up [vs. the Lakers], so hopefully we're able to get that one. ... They've been doing a good job."

Embiid said he was honored to be selected to his third straight All-Star Game, but he was more excited about the chance to play alongside Raptors forwardPascal Siakam, who also was named a starter Thursday. It will be Siakam's first All-Star appearance.

"It was great," Embiid said. "I was happy. I was excited, but I was more excited for Pascal. Two guys from Cameroon. We barely started playing basketball eight, nine years ago, so to see us, especially as starters, it means a lot. I think it means a lot. I'm proud to be from Cameroon, and from Africa, and to be representing." 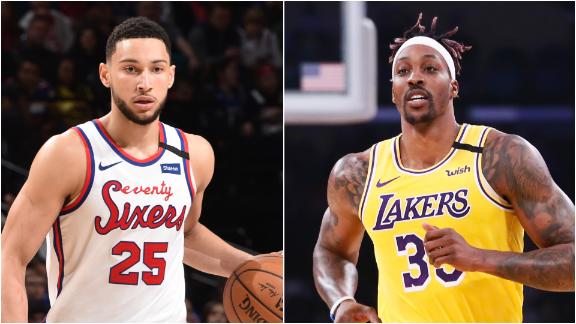