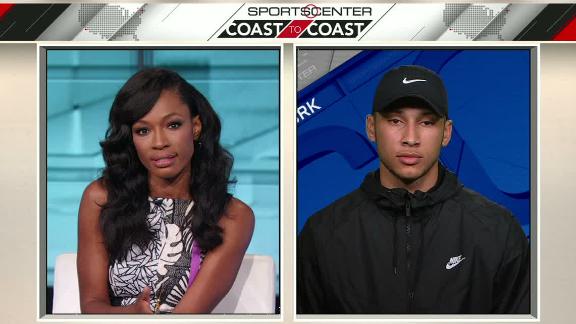 The Philadelphia 76ers have informed Ben Simmons that they will select him with the No. 1 pick in Thursday's NBA draft.

The 76ers' promise was first reported by Cleveland.com and confirmed by ESPN.

The team worked Simmons out privately Tuesday, the first and only workout he has done leading up to the draft. This was after the LSU star met with the team last week in Cleveland, where Simmons had been working out.

Simmons told SportsCenter on Tuesday that he was in Philadelphia to "introduce myself."

He later posted "Trust the process" on his Instagram account along with a picture showing him in a 76ers workout jersey.

On Wednesday, when asked by ESPN what the Sixers told him about going No. 1, "I haven't heard anything about that. ... I'll just be happy to go to any team that takes me."

He added that he'd be surprised if he didn't go with the first overall pick.

"Honestly, I won't know [what I'm feeling] until I get my name called," Simmons said. "Hopefully I don't fall on stage."

Sixers president of basketball operations Bryan Colangelo told reporters Tuesday that by choosing to work out for the team, Simmons "closed the chapter on any doubt" that he didn't want to play for Philadelphia. Duke's Brandon Ingram and every other player Colangelo said the team would consider drafting already had worked out.

Colangelo said the fact that Simmons worked out in front of himself and team ownership "speaks to his desire to want to be selected No. 1."

Sources previously told ESPN that there was a strong likelihood agent Rich Paul would not have let Simmons audition for 76ers brass without the promise of the No. 1 pick.

"I had a good feeling when I was working out there, had a good vibe," Simmons said Wednesday. "So looking forward to it. ...

"It felt good. Finally got to put a jersey on. Last time I played was three months ago."

The 76ers held their first face-to-face meeting with Simmons on Friday, when Colangelo and coach Brett Brown led a contingent of team officials in Cleveland to meet with the Australian star and Paul, sources said.

The Sixers were given Simmons' medical information at the meeting, which was a major priority for the team, sources said.

Simmons, 19, previously had declined an invitation to work out with the 76ers, but Colangelo insisted last week that it would not prevent the team from selecting him No. 1.

If they do indeed use the top pick on Simmons, he will join Shaquille O'Neal as the only LSU players selected No. 1 overall. 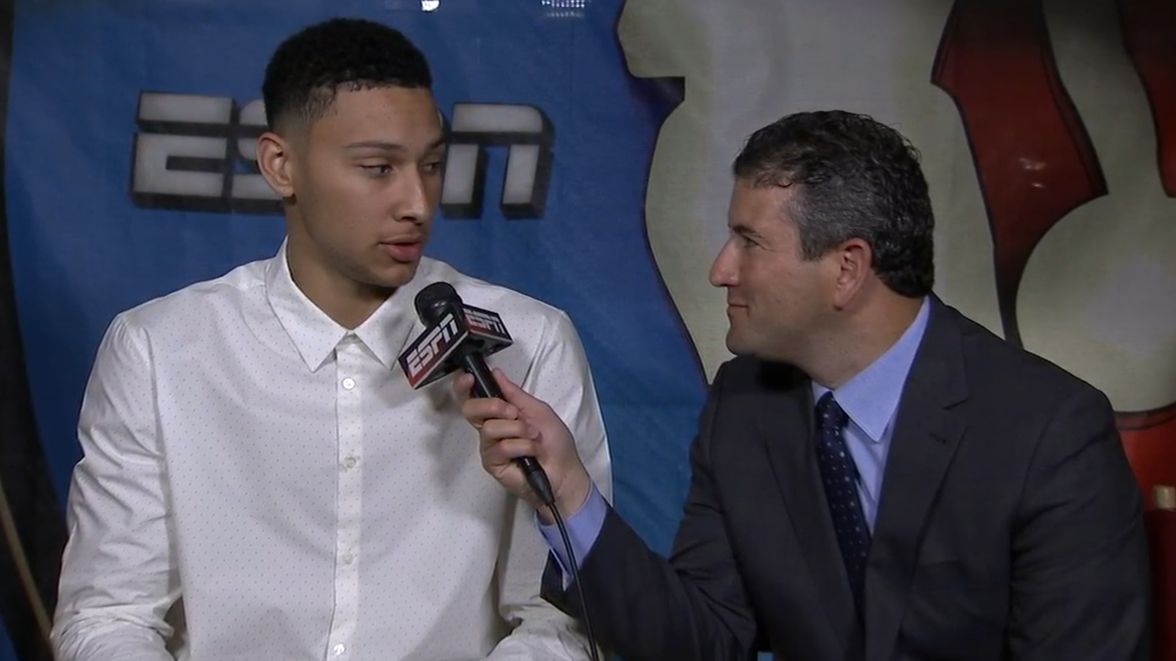 Simmons: 'Haven't heard anything' about going No. 1
Ben Simmons tells Andy Katz he hasn't heard anything about the 76ers promising to take him with the No. 1 pick in the draft and says he should go first because he's the best player.