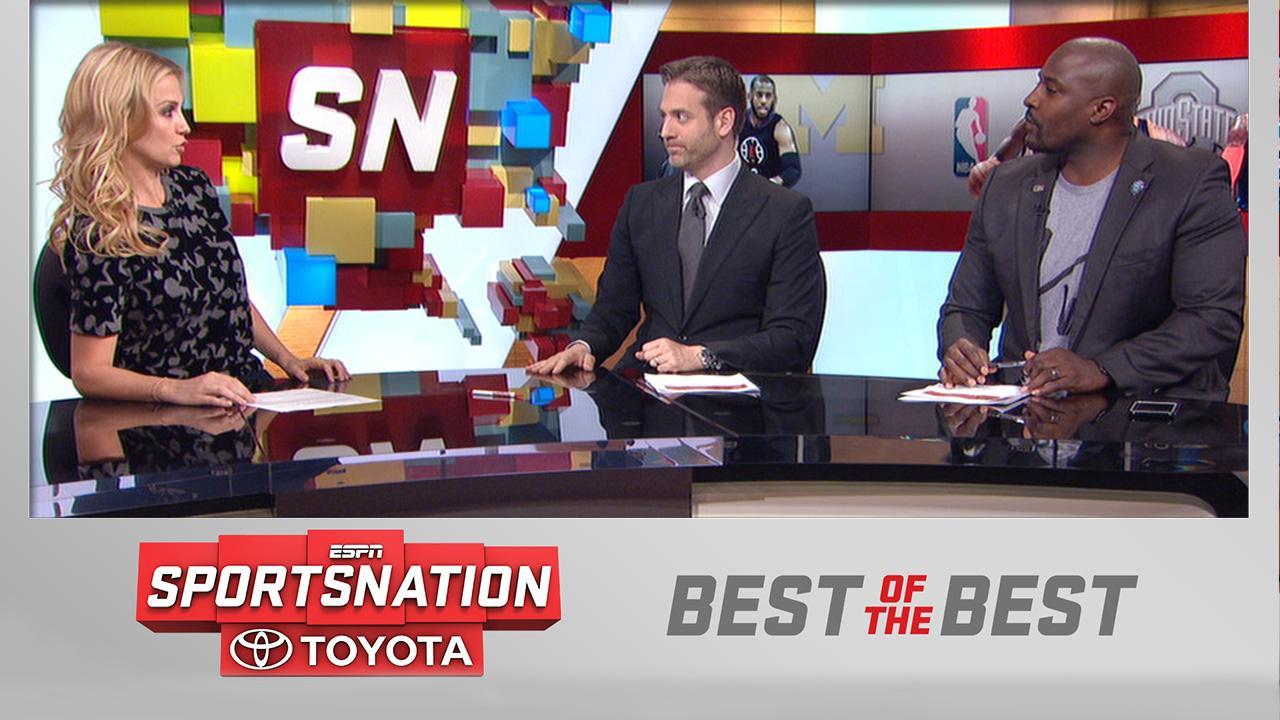 CLEVELAND -- LeBron James made it clear he wasn't being facetious when he said he wanted to team up with his best friends in the NBA -- Carmelo Anthony, Chris Paul and Dwyane Wade -- before their careers are through.

But he was unsure how feasible the scenario really is.

"I really hope that, before our career is over, we can all play together. ... At least one, maybe one or two seasons -- me, Melo, D-Wade, CP -- we can get a year in," James told Bleacher Reportin February for a feature story on James' and Anthony's relationship that was published Wednesday. "I would actually take a pay cut to do that."

In the article, James said he has harbored thoughts about that potential lineup but declined to go into much deeper detail. Asked after theCavaliers' 113-104 win over theMilwaukee Bucks on Wednesday whether he has shared those thoughts with Anthony, Paul or Wade, James hinted he has.

Cleveland.com reported that Cavs general manager David Griffin talked to James on Wednesday about his comments to Bleacher Report, and coach Tyronn Lue spoke to James after Saturday night's loss to the Miami Heat. In that game, James was talking to his former teammate Wade during halftime warm-ups, with the Cavaliers trailing by 21 points.

"I just told him we can't have that, being down like we were and him being the leader," Lue told Cleveland.com. "Just me being a competitor, I didn't like it. We had a long talk about it. It was good. He understood, he apologized, and he's been great."

James, Anthony and Wade entered the league together in 2003, with James going first, Anthony third and Wade fifth in the draft. Paul was selected fourth in the 2005 draft.

But with James and Paul on max deals and Anthony and Wade not far behind, is bringing all four players together just a pipe dream?

"I don't know how realistic it could be," James said. "It would definitely be cool if it happened, but we don't know how realistic it could be to have us four. But, I mean, if you got an opportunity to work with three of your best friends, [you take it], no matter what. It's not even about sports. It's about being around guys that you don't even have to say nothing -- you automatically know. We just have that type of history.

"So can it happen? I don't know if it can even happen, but it would be cool."

Wade was less committal when asked about the possibility after Miami's 112-88 loss to the San Antonio Spurs on Wednesday.

"I don't know, man," Wade said. "Yeah, I heard it. I read it. I'm not really jumping into the headlines right now. For me, I'm focused on my teammates in here. As cool as the headlines is, that has nothing to do with what we're trying to do in here."

Anthony, asked about a potential future foursome after theNew York Knicks' 115-107 win in Chicago on Wednesday, also framed it as more improbable than inevitable.

"I don't know," Anthony said. "We've still got years in this league, so we'll see what happens. Everybody dreams sometimes. Everybody has fantasies."

Anthony did make a bit of news, however, declaring that he, Paul and James would all play in the 2016 Olympics this summer in Rio. James has yet to commit publicly to the competition.

"We all have those [thoughts]," Anthony said. "We're about to play together [on] the Olympic team. Except for D-Wade, but we're about to have that experience."

Wade will be a free agent this summer, and James could be one if he opts out of his deal with the Cavs, as many expect him to do in order to sign a new contract under the escalating salary cap as he did last summer. Paul is signed through the end of 2016-17 and has a player option for the following season. Anthony is signed through 2017-18 and has a player option for 2018-19.

It would take significant maneuvering to bring the dream to life. But Anthony, like James, vowed he would make the financial sacrifice necessary to make the numbers work.

Another question is what city they could all call home. Paul and Anthony already spend their offseason in Los Angeles, and James and Wade recently purchased homes there, according to Bleacher Report.

Anthony, who according to an ESPN.com report wanted to wait in the summer of 2014 for James to make his free-agency decision because he thought he had a chance to join him, made it sound like L.A. or Miami would be a more likely landing spot than New York or Cleveland for the four of them.

"I think by that time [in your career], you want to go somewhere warm," Anthony said. "By that time. That's later. That would be later -- retirement. ... I'm just adding fuel to the fire."

During the ESPN broadcast of the Knicks-Bulls game Wednesday, Anthony stated his loyalty to the Knicks, perhaps pushing back any potential of assembling a Big Four.

"I came here for a reason, which was to win in New York," Anthony said. "Unfortunately, that hasn't been the case thus far, but I feel like I have unfinished business to take care of. And I feel like, I don't know, maybe it's just me, if I just get up and run away from something that I started, that I feel a part of and that's not done yet, then I think I would carry that burden on my shoulders. That's just me as an individual."

A source familiar with James' thinking told ESPN.com that James is unsure whether any NBA owner would go for such an arrangement because of how much power he would be conceding to the players.

For now, it remains a hypothetical and one that Wade wants no part of.

"Don't put me in it," Wade said. "I ain't jumping in that. Don't put me in that right now. I'm not answering that question about what we talked about." 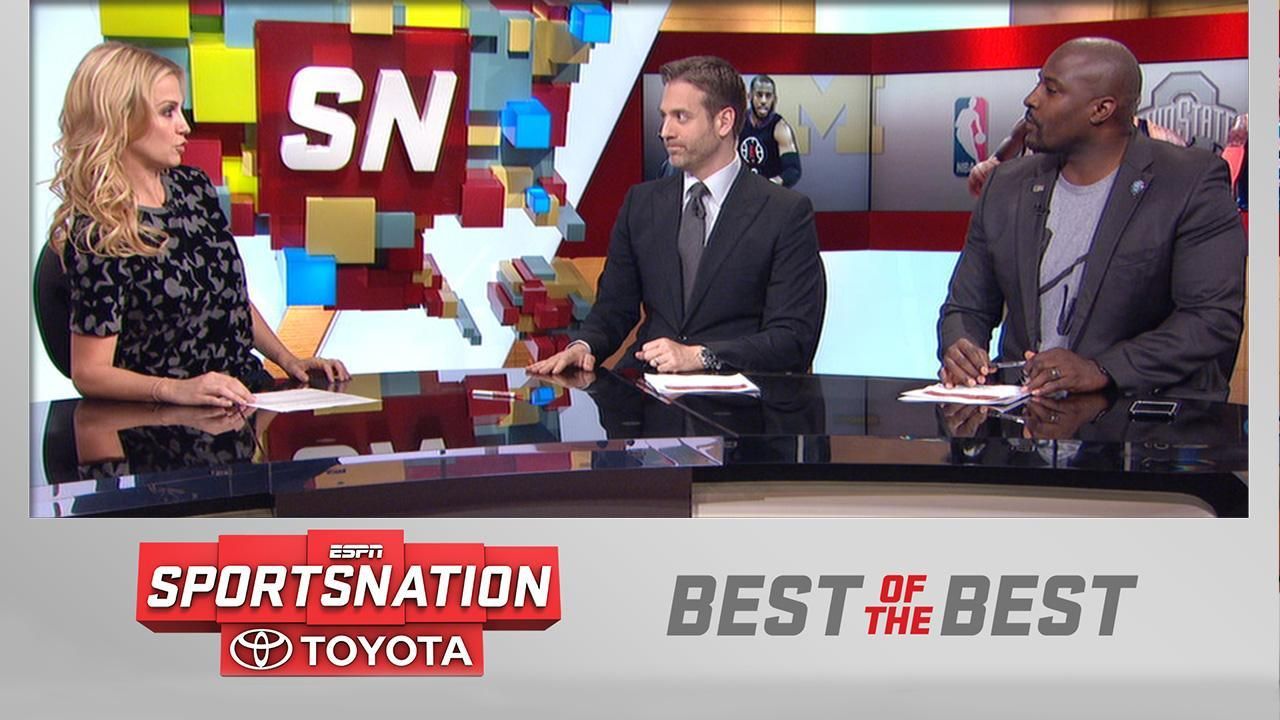