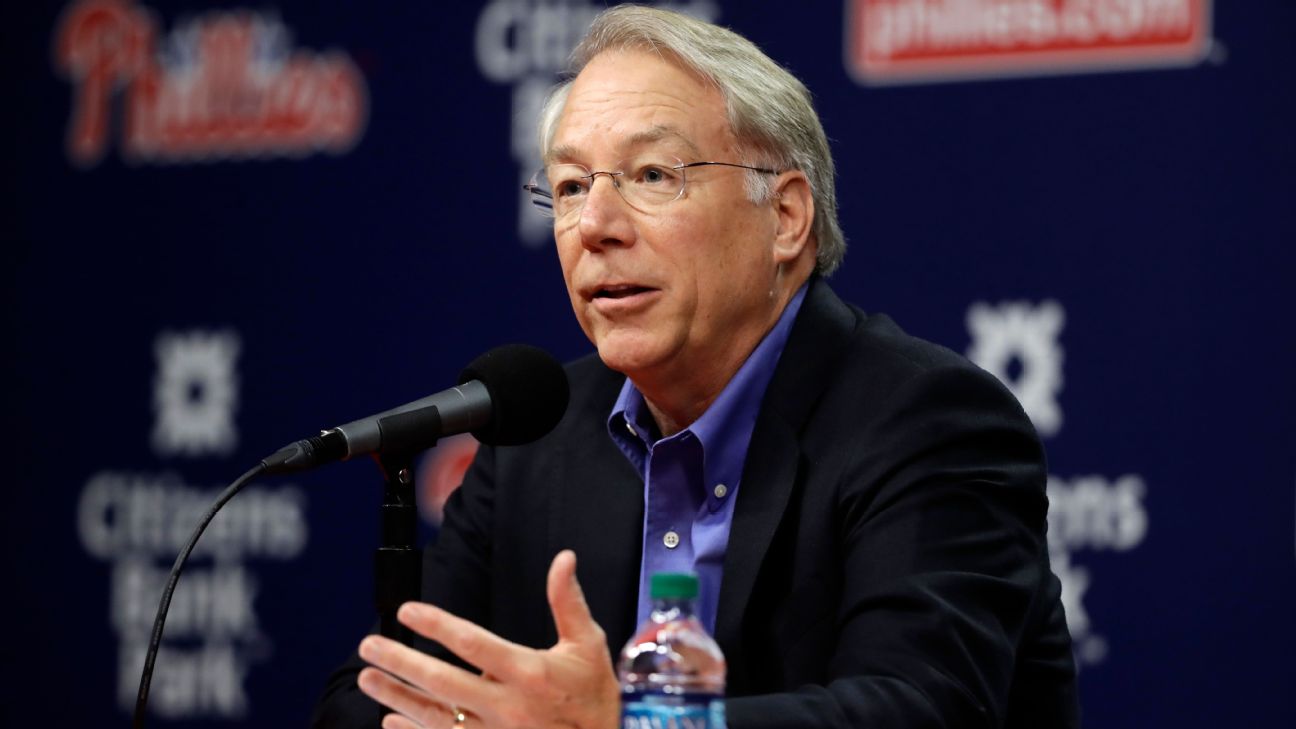 The Phillies have made several high-profile free-agent signings over the past few seasons, including a $330 million, 13-year deal for outfielder Bryce Harper last year.

Philadelphia signed right-hander Zack Wheeler to a $118 million, five-year contract this offseason and are viewed as a potential trade destination for Chicago Cubs third baseman Kris Bryant, who has an $18 million salary.

"Speaking for the Phillies and ownership we're not reluctant to go over it," MacPhail said Friday. "It's my hope, and frankly my expectation, that we're going to exceed it this year."

But MacPhail doesn't want such extra spending to get to a point where the penalties will hurt the Phillies down the road.

"Nobody can live over it, the penalties are too severe," MacPhail added. "Not just economically, but it grabs you every different way. Your draft choices get diluted coming and going. They'll hit you whenever you sign guys, it's additional draft picks. They'll take away your international money.

"Going over it once and paying the penalty once, that's not a big deal. But what it you want to do it the next year? And then they start taking more picks from you and you lose more international money. It bites you in every different way."

MacPhail said ownership will not go over the luxury tax threshold for a .500 team, which is where the Phillies finished last season at 81-81. He believes the team will be in the playoffs this season, but did not go as far as saying the Phillies must make the postseason.

"It is certainly our intention," MacPhail said. "Last year we finished .500, but really last year was a tale of three seasons.

"You had the first 40 percent-plus of the season where we were in first place, if not all the time, almost all the time. Then you had a string of the next 40-some percent of almost 70 games where we were essentially a .500 team. We were 34-35," MacPhail added. "I attribute much of that to the complete decimation of the bullpen, the regression of our starting pitching and the loss of some key position players. And then you had our second consecutive September collapse, which left a bad taste in everyone's mouth."
Report a correction or typo
Related topics:
sportsespnphiladelphia phillies
Copyright © 2020 ESPN Internet Ventures. All rights reserved.
More Videos
From CNN Newsource affiliates
TOP STORIES