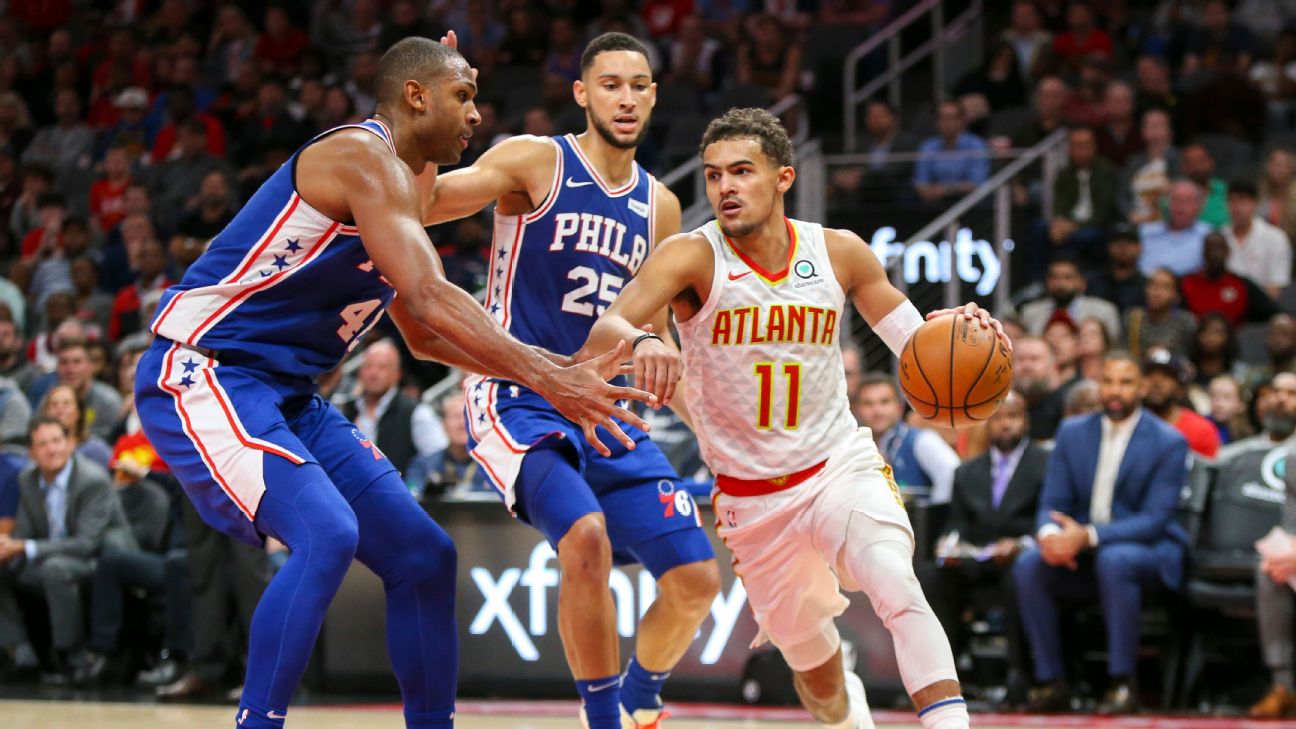 ESPN
By ESPN.com
Which NBA teams and players have surprised the most after one week of basketball? Who have been the biggest disappointments?

Our experts answer the big questions about the season so far, including big takeaways, best rookies and do-over predictions.

1. What has been your biggest takeaway from the first week of games?

Bobby Marks:Three teams projected to finish at the bottom of their conferences -- Minnesota, Cleveland and Phoenix -- failed to get the message. The general manager of a playoff squad told me last week that the teams with new head coaches and low expectations are the ones you do not want to face early in the season. Teams with a fresh start can surprise before the middle part of the season, when losing becomes a habit and players start looking toward the offseason.

Royce Young:It was hard not to leave the arena somewhat affected by theGolden State Warriors' dismal performance against the Oklahoma City Thunderon Sunday. Their first half was one of the worst you're ever going to see an NBA team play, in all facets: rebounding, defense, turnovers, shooting, dribbling, running, walking. The Warriors rallied Monday against New Orleans, and they are dealing with injuries at key spots, but the abrupt fall from clear contender to this is still jarring.

Andrew Lopez:The East might be a little bit deeper than we thought. Philadelphia and Milwaukee were expected to waltz to the conference finals, but that might not be the case. The defending champion Raptors aren't going away easily. Miami is quietly cooking down in South Beach. Trae Young has looked mighty good, and Detroit might even make some noise with the way Derrick Rose and Andre Drummond are playing.

Tim Bontemps:The 76ers are going to win a lot of games in very ugly fashion. Philadelphia's size across the board gives the team a chance to end this season with the NBA's best defense, which will likely need to be the case given that Philly can't shoot. The Sixers have gone 31-for-104 from deep so far, but with their size and defense, it isn't going to matter most nights.

2. What has been the biggest surprise so far?

Lopez:Stop me if you've heard this before, but it looks like early reports of the Spurs' demise have been greatly exaggerated. Every season, people try to say the end of the Spurs is imminent, and every season, San Antonio seems to bounce right back. San Antonio went 3-0 in the opening week, and FiveThirtyEight still gives the team just a 15% chance to make the playoffs.

Marks:The Suns. Their biggest offseason addition was not Ricky Rubio, Dario Saric, Aron Baynes or Kelly Oubre. That honor goes to new head coach Monty Williams. In Saturday's win against the LA Clippers without Rubio and Deandre Ayton, Williams used the next-man-up approach in steering the team to a win. Remember this is the same Phoenix that didn't win its second game until Nov. 2 last year.

Young:I predicted they'd get the East's last playoff spot, but the Atlanta Hawkslook like they're taking a real step forward. For every young team, it has to come at some point ... or not at all. The Hawks look like a group of young, talented players who are developing while learning how to win. Trae Young has a great chance to be an All-Star, and 40 wins doesn't feel at all unattainable.

Pelton: Even though I was higher on the Suns than most because of their strong statistical projections, I didn't expect them to start 2-2 against a difficult schedule with a win over the Clippers and a pair of one-point losses to Denver and Utah. Phoenix has been shockingly competent on defense and has thus far survived Ayton'ssuspension without missing a beat.

Bontemps:Miami Heat rookieKendrick Nunn. Nunn's going from barely starting in the G League last season to averaging more than 22 PPG is the latest impressive success story for Miami's player development department. Even when Jimmy Butler comes back following the birth of his child, Nunn will be a starter or remain a core part of Miami's rotation.

(Nunn ended up in the G League after going undrafted in 2018 in part because of a 2016 guilty plea to a lesser charge of misdemeanor battery stemming from an incident in which a woman told police that he choked her during a dispute over an unpaid debt. Nunn denied choking her but admitted to pouring water on her head during the argument.)

3. What has been the biggest disappointment so far?

Pelton:Despite a comfortable win Monday over a short-handed Pelicans squad, I'm still going with the Warriors, who have the NBA's third-worst point differential (minus-12.0 PPG). Although hot opponent 3-point shooting isn't sustainable and Golden State will get healthier in the frontcourt, the lack of competitive fight in the team's first two losses was shocking to see. It forced Steve Kerr to play his "break glass in case of emergency" option and turn toDraymond Greenat center far earlier than he wanted.

Lopez:I didn't know where to put the Kings before the season, but I didn't think they'd end up getting blown out by the Suns on opening night. The Kings followed that with a 10-point loss to Portland before a 113-81 loss to Utah. Sacramento put up a fight against Denver on Monday before falling to 0-4. Things don't look so bright in Sactown early this season.

Bontemps:I was out on the Pacers to begin with, but this has been a truly dreadful start. Two losses to the Detroit Pistons without Blake Griffin and being blown out by the Cleveland Cavaliers-- perhaps the league's worst team -- is far from the way the Pacers hoped to start, even with Victor Oladipo sidelined. The Pacers badly missBojan Bogdanovic,and they've continued their blah offensive performances from the previous season. They have several more soft games coming up to try to get themselves right. Indiana better do it quickly.

Young:Zion Williamson's injury. The Pelicans mostly have been competitive without him, but not having Zion has been a major bummer for them and the league. The Pelicans need to tread some water in the weeks they'll be without him, or they risk falling into a tough hole in a deep Western Conference. That's especially important for a young team trying to find its way.

Marks:Sacramento. The Kings look more like a team that will be analyzing lottery combinations than one competing for a final playoff spot. They rank near the bottom in both offensive and defensive efficiency. Even the backcourt of the future ofDe'Aaron Fox and Buddy Hield looks less than formidable. Because the Kings have been so poor on defense, they can't generate as many fast break points as they did last season, when they ranked first in the league.

4. Which rookie has made the best first impression?

Pelton:Nunn has made the most of his opportunity as a starter in Miami, averaging 22.3 PPG while making 58% of his 2-point attempts and 42% of his 3s. I'd like to see Nunn look to make more plays for teammates, but that won't matter if he remains so efficient as a scorer.

Lopez:Yeah, take a bow, Kendrick Nunn. He showed out in the preseason with a 40-point contest against Houston and has made the most of Jimmy Butler's paternity leave with efficient shooting in 31.7 minutes per night.

Marks:Agreed on Nunn. His play -- and the early returns on Tyler Herro -- make veteran guard Dion Waiters expendable, though Waiters is likely close to untradable.

Bontemps:Nunn has been terrific, but I can't help but pick Ja Morant after watching what he did again the Brooklyn Netson Sunday. Not only did Morant make a game-tying shot late in regulation, but he also blocked Kyrie Irving's potential game-winning jumper and assisted Jae Crowder on the clincher in overtime. The Grizzlies are in good hands with him running the show for years to come.

Young:Morant's closing sequence in regulation against Kyrie and the Nets is going to stick in a lot of people's minds all the way to Rookie of the Year voting. That's the kind of early statement that can build momentum and carry throughout the season. One less splashy name:Rui Hachimura, who looks smooth and versatile as a hybrid 3/4 in Washington.

5. You get one preseason prediction do-over. What is it?

Bontemps:I thought the Bulls had a chance to be pretty good and contend for a playoff spot. That isn't looking so hot after they lost to the Hornets, barely beat the Grizzlies, got pounded at home by the Raptors and blew a lead against the Knicks. Unless things change quickly, this could be another lost season for Chicago.

Young:The Warriors making the playoffs. It feels knee-jerky, but like I said, I was affected seeing it firsthand. If things get worse, there has to be some consideration to peeling back, resting Steph Curry and Draymond Green periodically and tanking the season. It takes all pressure off Klay Thompson to return quickly, letting the team focus on the young players and target a lottery pick to prepare for a retool.

Lopez:Before Zion Williamson's knee injury, he was my pick for Rookie of the Year. Then I changed it toMichael Porter Jr.With my third shot at this, let me move on to Morant. In his first three games, Morant is averaging 18 points and six assists per game while shooting 51.2% overall and 50% from 3. Perhaps the most impressive thing has been his basketball IQ. His dish to Crowder for the game winner on Sunday was a veteran move.

Marks:Althoughmy early July prediction of Golden State not making the playoffs is trending toward likely, I've missed the mark (so far) on the Kings getting in. If there were a do-over, Sacramento would be out, and the Mavericks would get the nod. Luka Doncic looks like an All-Star, and the return of Kristaps Porzingishas the Mavericks with two bona fide franchise players. This roster is deep enough to sustain an injury and still compete in the West for a 7- or 8-seed.

Pelton:If I were picking my eight West playoff teams today, I wouldn't include the Warriors. 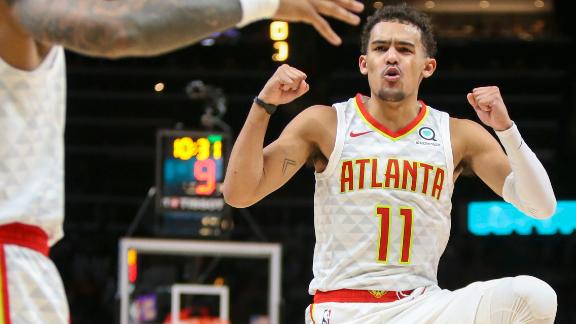