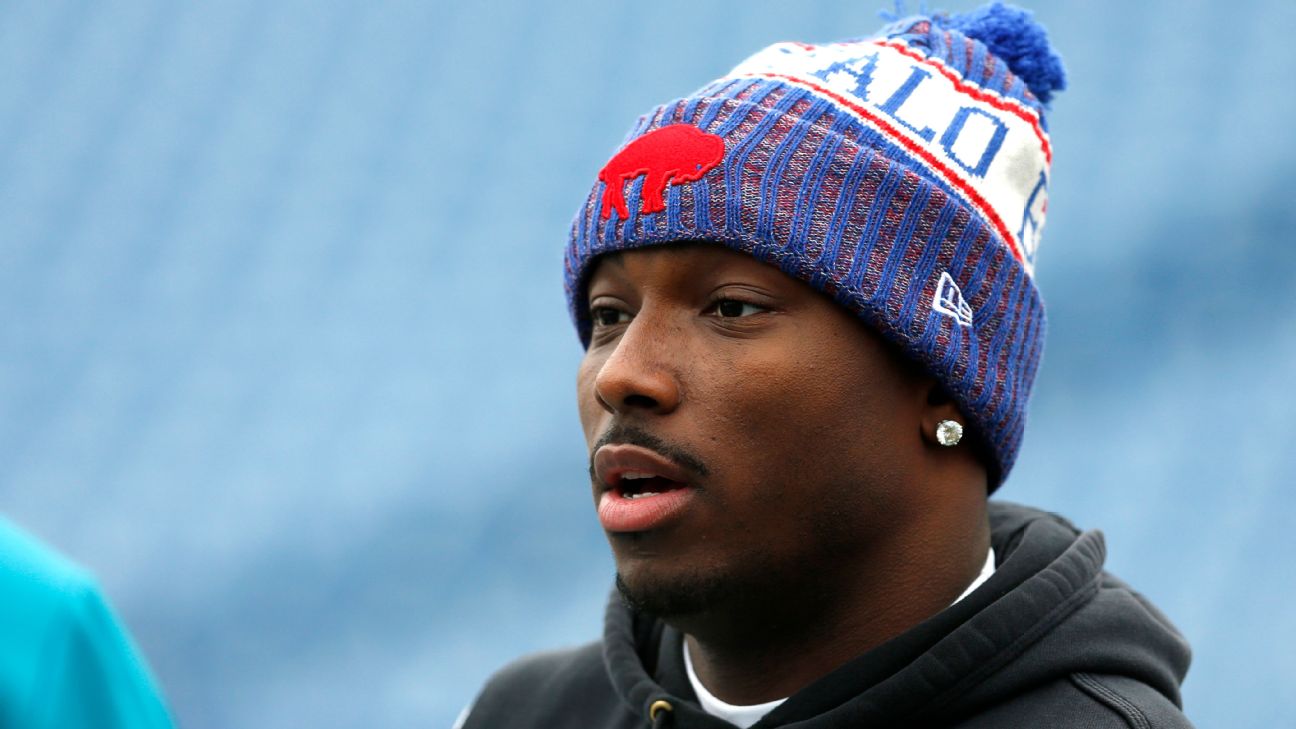 PHILADELPHIA --Buffalo Bills running back LeSean McCoy and his friend, former University of Pittsburgh running back Tamarcus Porter, have each been ordered to pay $55,000 to a Philadelphia police officer who was injured in a 2016 bar fight with the two football players.

McCoy, 31, has already paid his $55,000 award to the officer, according to William Davis, the Philadelphia attorney representing officer Roland Butler. Porter has yet to pay his share, Davis said Tuesday in an interview with ESPN.

The financial award was the result of an agreement that came after two days of binding arbitration earlier this year and stems from a civil case that resulted from a fight inside the Recess Lounge, an after-hours nightclub in Philadelphia.

The fight broke out around 2:30 a.m. on the morning of Feb. 7, 2016, and started, the arbitrator found, when Butler, who was off-duty at the time, argued with Porter, a member of McCoy's party, over who ordered a bottle of champagne.

In her award letter describing the incident, arbitrator Annette Rizzo, a retired judge, said a "melee" and "free for all" broke out inside the nightclub.

Butler, Rizzo wrote, was "taken to the ground and punched and kicked multiple times, sustaining injury, including, but not limited, to a broken nose, lacerations to the face, broken ribs, a broken thumb and contusions."

A TMZ video of the incident appeared to show McCoy striking in the direction of the officer when the officer was down.

Three security officers from the nightclub testified at the arbitration hearing, along with McCoy, Porter, Butler and officer Darnell Jesse.

Davis said Butler missed months of work as a result of his injuries.

Jesse, a second off-duty Philadelphia police officer who was with Butler the night of the fight and attempted to come to his aid, suffered a broken orbital bone after being punched once in the face, according to court documents. Jesse was not entitled to a financial award, the arbitrator found, because he was unable in the end to clearly identify who struck him.

The ruling from the binding arbitration hearing ends a more than three-year legal battle over the bar fight.

In April 2016, former Philadelphia district attorney Seth Williams determined that McCoy would not be criminally charged for his role in the incident.

"There is insufficient evidence to prove, beyond a reasonable doubt, who started the fight and under what circumstances," Williams said at the time, adding that it was impossible to determine whether the participants acted in self-defense.

The head of the Philadelphia police union at the time called Williams' decision an "outrage."

Prior to D.A. Williams' decision not to pursue a criminal case, McCoy, through his attorney, argued that he was acting in self-defense the night of the fight. Rizzo, the arbitrator in the civil case, found "no basis" for a self-defense claim by McCoy or anyone else.

"Both McCoy and Porter had argued that they acted in self-defense, and [the arbitrator's] finding was that that was absolutely untrue," Davis said, adding that the officers "were disappointed that the Philadelphia district attorney's office didn't prosecute."

McCoy, a native of Harrisburg, played for the Philadelphia Eagles from 2009 to 2014 before being traded to Buffalo in 2015. Attempts to reach his attorney in the civil case were unsuccessful.

Butler and Jesse have since returned to active duty.