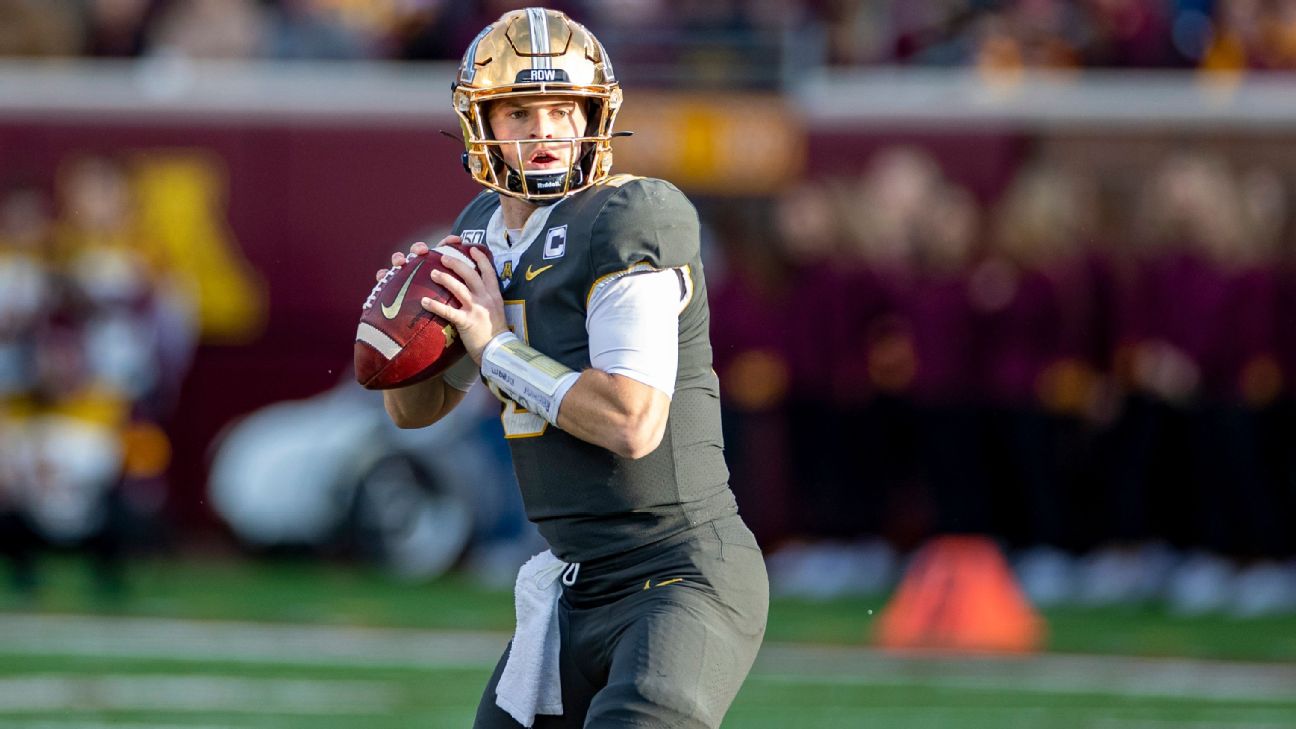 Minnesotaalready has put together a historic season, winning its first eight games for the first time since 1941, but the Gophers are hoping to continue making records.

Unfortunately, the easier part of their schedule is in the rearview and the remaining four games are going to pose a significant challenge, starting Saturday when No. 4 Penn State visits Minnesota (noon ET on ABC).

Minnesota has handled its first eight opponents quite easily, averaging 35.75 points per game with an 18.38 average in point margin per game. However, Minnesota has not faced a defense ranked better than 49th in touchdowns allowed this season.

Illinois and Georgia Southern rank the highest among Minnesota's opponents in touchdowns allowed, ranking 49th and 54th, respectively, but outside of that, there isn't a team that ranks in the top 70 in that specific statistical category.

That's where Penn State, which ranks No. 2 in touchdowns allowed this season, is going to pose a big problem for Minnesota.

If there is any weakness in the Nittany Lions' defense this season, it has come in the passing game, as the team ranks 49th in pass yards allowed per game, ranking No. 36 in total interceptions with eight and allowing 10.58 yards per reception. In fact, passing yards have made up 75.6% of Penn State's total yards allowed this season.

Minnesota is going to have to attack the Penn State defense through the air, and so far, Gophers quarterback Tanner Morgan, who rates a 64 in the PlayStation Player Impact Ratings, has had some success in the pass game. Morgan has thrown for 18 touchdowns this season with great accuracy, and 77.5% of his pass attempts have counted as catchable passes.

He has been very productive in his completions, as well, with 68.1% of his passes going for a first down or touchdown, which ranks third among all quarterbacks.

A big part of that production has been assisted by having talented receivers in Rashod Bateman(47), Tyler Johnson(67) and Chris Autman-Bell(60), who have combined for 17 of Morgan's 18 passing touchdowns. Bateman has 31 receptions, and an astonishing 90.3% of his catches have gone for a first down or touchdown.

All three receivers are averaging 12 yards per reception or more and will need to have similar production against Penn State to try to take down its first AP top-5 team in its past eight attempts. Minnesota is only 1-14 since 1990 against AP top-5 and College Football Playoff teams. The only win, however, came against second-ranked Penn State in 1999 when Minnesota won 24-23.

The Gophers are a 6.5-point underdog in this game, and P.J. Fleck has won five straight games outright as an underdog as Minnesota's coach. The issue for Fleck and his Gophers, despite all of those productive numbers on offense, goes back to the collective weakness of Minnesota's opponents. And Penn State happens to rank first in pass touchdowns allowed this season.

While the Nittany Lions might be giving up yardage in the pass game, they are not letting opponents convert it into points. In the secondary, cornerbacks John Reid(83), Tariq Castro-Fields(85) and Keaton Ellisand safeties Garrett Taylor(77) andLamont Wade(55) have excelled, surrendering four receiving touchdowns all season.

The Penn State secondary ranks first in touchdowns per pass attempt, allowing only 1.4% of attempts to be converted into passing touchdowns. And while Minnesota's receivers are averaging over 12 yards per reception, the Nittany Lions are only allowing a first down on 26% of pass attempts.

On top of that, the Penn State secondary has been getting help from its front seven. Defensive end Shaka Toney(88) has had 28 pressures this season, endYetur Gross-Matos(69) has 23 and defensive tackle Robert Windsor(95) has 22.

The defense as a whole ranks No. 9 in defensive pressures, causing havoc on 45% of its snaps. The reason that stat is important is because Morgan has a QBR of 91.8 when facing no pressure, but his QBR drops all the way down to 38.3 when he has faced pressure this season.

Morgan will have his hands full with Penn State's defense, but if it offers any hope, Minnesota is the home underdog despite being 8-0, and in the past 40 seasons, teams that are 8-0 or better are 12-4 straight up and 13-3-1 against the spread as home underdogs.

This is going to be Minnesota's toughest test yet, though, and Penn State is also 8-0 with hopes of staying in the top four of the College Football Playoff rankings. The Nittany Lions have the talent to finish the season in the top four, but they need to get through Minnesota first before getting too far ahead. 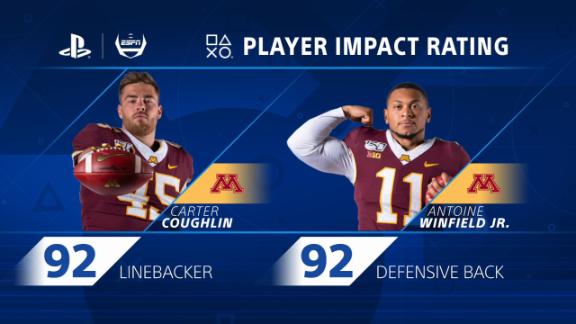