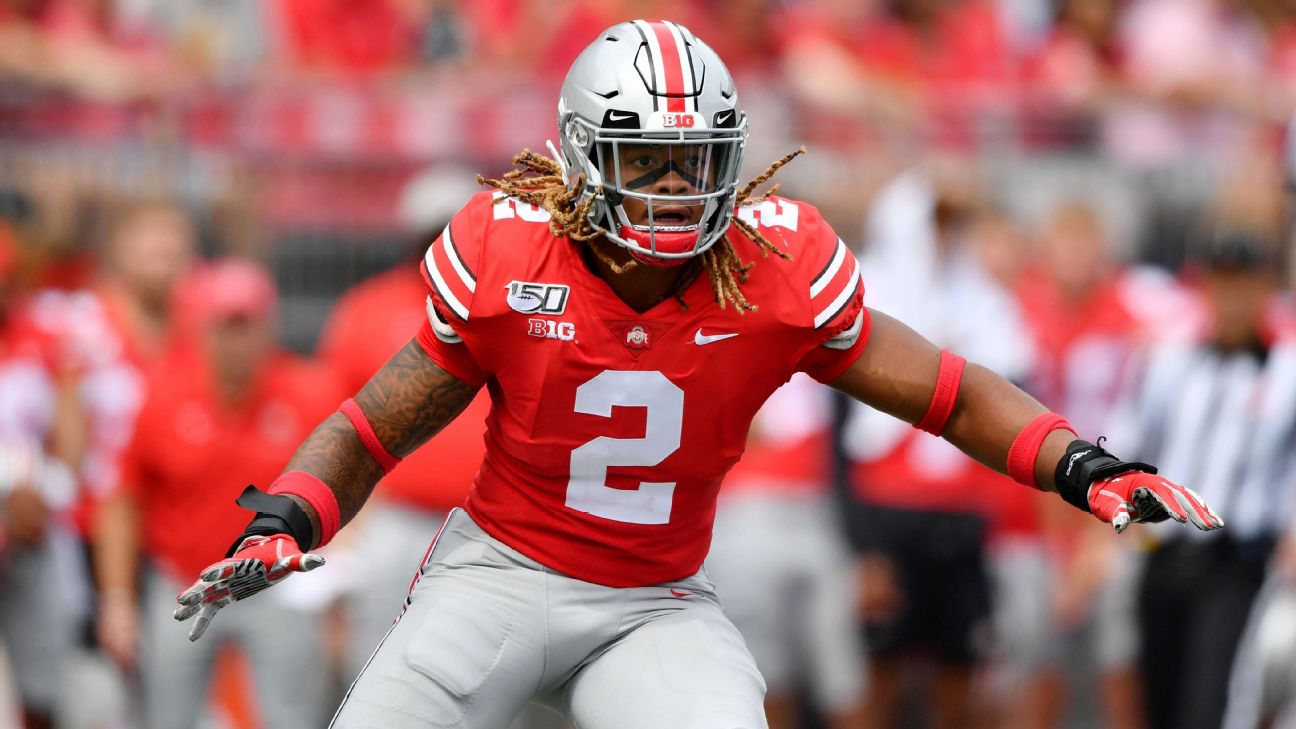 The 13 members of the College Football Playoff selection committee reminded everyone in their first ranking that last season is irrelevant.

Defending national champs? Say hello to the bubble, as No. 5 Clemson is behind two Big Ten teams and two SEC teams.

It's clear that the eye test matters to this group, as the Buckeyes' sheer dominance outweighed LSU's résumé, which includes wins against Texas, No. 10 Florida and No. 11 Auburn. Texas was not ranked by the committee, which could be a problem for No. 9 Oklahoma. The one-loss Sooners aren't out of it but clearly need some help.(Of course, with LSU and Alabama facing off this weekend and Ohio State and Penn State squaring off later in the season, these rankings should change in a hurry.)

Georgia earned the No. 6 spot ahead of No. 7 Oregon as the committee's top one-loss team, and the Bulldogs' best wins are against No. 15 Notre Dame and No. 10 Florida. No Pac-12 teams besides No. 7 Oregon and No. 8 Utahwere ranked.

Here's how the College Football Playoff and New Year's Six games would look if they were played today:

Because the Big Ten's champion and second-highest ranked team are both in the semifinals, No. 13 Wisconsin would go to the Rose Bowl Game Presented by Northwestern Mutual, where it would face No. 7 Oregon because the Rose Bowl is guaranteed the Pac-12 champion if it isn't in a semifinal.

The Allstate Sugar Bowl, which is guaranteed an SEC team against a Big 12 team, would take No. 6 Georgia against No. 9 Oklahoma, as they are both the highest-ranked teams available from each conference.

The Capital One Orange Bowl is guaranteed the ACC champion, which would be No. 5 Clemson, in this case, against a team from the SEC, Big Ten or Notre Dame. Clemson would face No. 10 Florida, as it is the highest-ranked team available.

The Goodyear Cotton Bowl Classic would feature No. 8 Utah against No. 20 Cincinnati, which is guaranteed a spot as the highest-ranked Group of 5 champion.

4 or 8 p.m. ET: College Football Playoff Semifinal at the Chick-fil-A Peach Bowl: No. 1 Ohio State vs. No. 4 Penn State (Mercedes-Benz Stadium in Atlanta)

4 or 8 p.m. ET: College Football Playoff Semifinal at the PlayStation Fiesta Bowl: No. 2 LSU vs. No. 3 Alabama (State Farm Stadium in Glendale, Arizona) 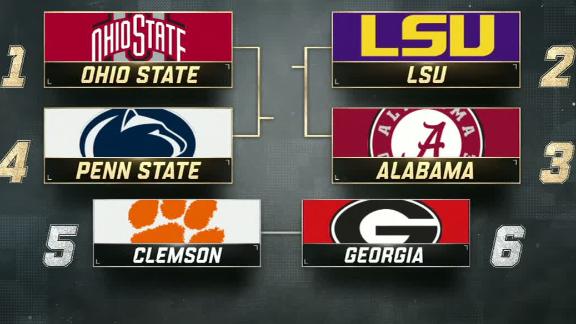