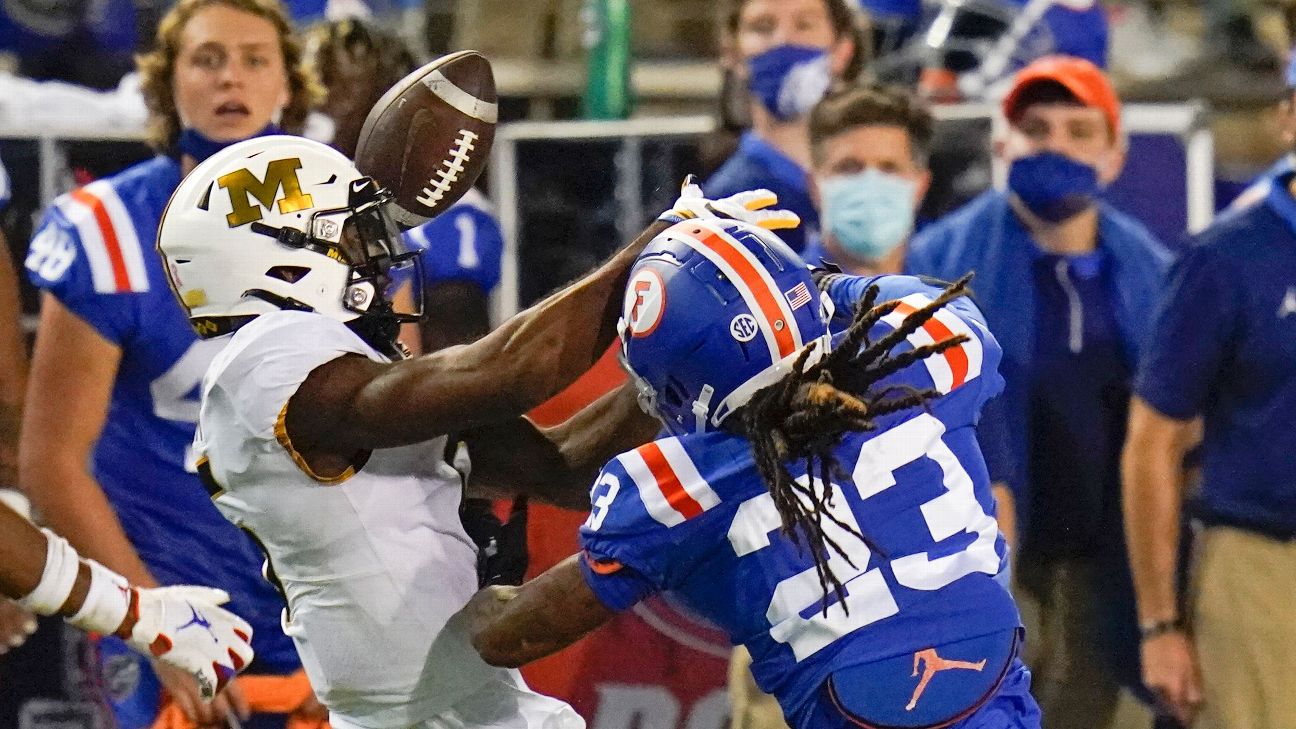 For all of this season, we have been able to count on two things regarding the SP+ rankings: Ohio State was going to be No. 1, and Alabama and Clemson were going to trade the No. 2 and 3 rankings back and forth.

Thanks to an extremely 2020 oddity, that trend finally changed. To be sure, Ohio State is still No. 1 after handling a top-10 Penn State team with relative ease. But thanks to Clemson's Trevor Lawrence-less struggle against Boston College, combined with Wisconsin's canceled game against Nebraska -- which meant the Badgers have still produced a single, nearly perfect data point for 2020 -- the Tigers fell to fourth.


We knew the odd scheduling and the potential for positive coronavirus tests would do some funky things to the numbers, and safe to say, "1-0 Wisconsin jumps 7-0 Clemson without playing" qualifies as funky. Assuming the run of positive tests that caused this flip doesn't create any long-term player absences or health concerns (fingers crossed), it's safe to say things will return to normal in due time, either because Clemson again played like Clemson, Wisconsin looked a bit less perfect, or both. Until then, enjoy the oddity.

Also of note: Florida's demolition of Missouri, combined with Georgia's offensive sleepwalk of a win against Kentucky, meant that the Gators and Bulldogs are now almost perfectly tied in the SP+ ratings as they gear up for their annual rivalry game. Fun!

What is SP+? In a single sentence, it's a tempo- and opponent-adjusted measure of college football efficiency. I created the system at Football Outsiders in 2008, and as my experience with both college football and its stats has grown, I have made quite a few tweaks to the system.

More than ever, it's important to note that SP+ is intended to be predictive and forward-facing. It is not a résumé ranking that gives credit for big wins or particularly brave scheduling -- no good predictive system is. It is simply a measure of the most sustainable and predictable aspects of football. If you're lucky or unimpressive in a win, your rating will probably fall. If you're strong and unlucky in a loss, it will probably rise.

Here are the full numbers.

Nine teams moved up at least 10 spots from last week. Four were teams giving very different impressions in their respective second games than in their first.


SP+ has been slow to warm to your ranked Coastal Carolina Chanticleers, primarily because of a combination of low projections (109th in the preseason) and bad schedule strength (90th in SP+ SOS heading into Week 9). But you know what gets SP+'s attention? Utterly humiliating teams. Coastal's 51-0 win over Georgia State -- which could have been worse considering it was 41-0 six minutes into the second half -- earned the Chants a bump into the top 50. Their schedule strength fell to 94th, but 51-0 is 51-0.

Ten teams moved down at least 10 spots from last week. Only one [Hawai'i] was a second-game team, however.


On Friday, I went into detail comparing the incredible seasons of Auburn's Cam Newton in 2010 and LSU's Joe Burrow in 2019. You can continue that comparison a little further: the collapse that took place the year after they left. Auburn dropped to 36th in SP+ in its first season post-Cam, and now LSU is down to 42nd after an absolute dud of a 48-11 loss against, of all teams, Auburn. (That one also could have been worse -- it was 42-3 after three quarters.)

In all, three SEC teams got destroyed on Saturday, and all three fell at least 15 spots.

One team that didn't fall? Oklahoma State. The Cowboys fell victim to perhaps the most statistically unlikely loss of 2020 on Saturday, outgaining Texas by 243 yards, generating 15 more first downs and enjoying a success rate advantage of 46%-31%. The Cowboys fell due to the combination of a late roughing-the-punter penalty, some untimely red zone issues (OSU's last three trips inside the Texas 40 generated a combined three points) and a huge dose of poor turnovers luck.

Texas recovered all three of the game's fumbles and returned a second-quarter interception 41 yards; all of these turns of events produced great field position and points for the Horns. The Pokes were at fault for some of their demise but still rose in the SP+ rankings for doing all the big things very well against a solid team.

You might not have noticed, but I can tell you that Wake Forest fans on Twitter have: The Demon Deacons are a solid 19th in scoring offense this year, averaging 37 points per game. But they're only 78th in offensive SP+. What gives?

First, as with Coastal Carolina, preseason projections are dragging down the Deacs' attack. After losing so much of last year's 61st-ranked offense, Wake was projected to plummet to 109th in offensive SP+. Now, this was a bit artificially low, both because it didn't totally take into account the injuries that waylaid the Deacs in 2019 and because it didn't take into account that quarterback Sam Hartman was a more starter-level QB than recent numbers would suggest -- he'd thrown 291 passes in 2018, then 97 last year in backing up Jamie Newman.

Wake has now played six games, however, so projections have been phased out of their SP+ ratings a pretty good amount. That brings us to the other factor involved in their poor offensive rating: Their offense has been merely solid, not amazing.

Contributing to that lovely scoring average are three pick-sixes and a kick return touchdown. That's worth 4.7 points per game and nearly 20 spots on the scoring offense list. Beyond that, though, there's the fact that Wake has been extremely big-play oriented this season. Filtering out garbage time, the Deacs are a mediocre 66th in success rate this year; efficiency is the biggest driver of SP+ because it's the most sustainable aspect of the sport, and you're only going to rank but so high if your success rate is that low.

The good news is, if Wake continues to post high point totals, the ratings will likely rise accordingly. Of the Deacs' five remaining regular-season opponents, four are ranked 42nd or better in defensive SP+, and two are in the top 20 (Notre Dame, Miami). They've played against only two top-40 defenses so far (Clemson's and Virginia Tech's) and scored a combined 36 points. 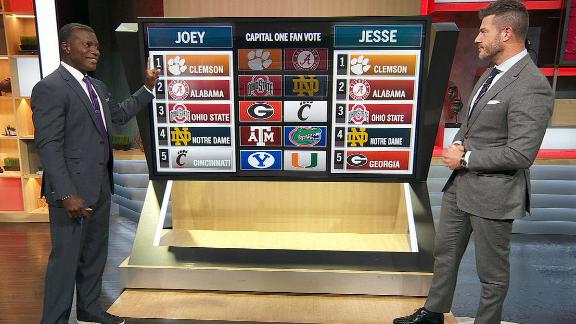