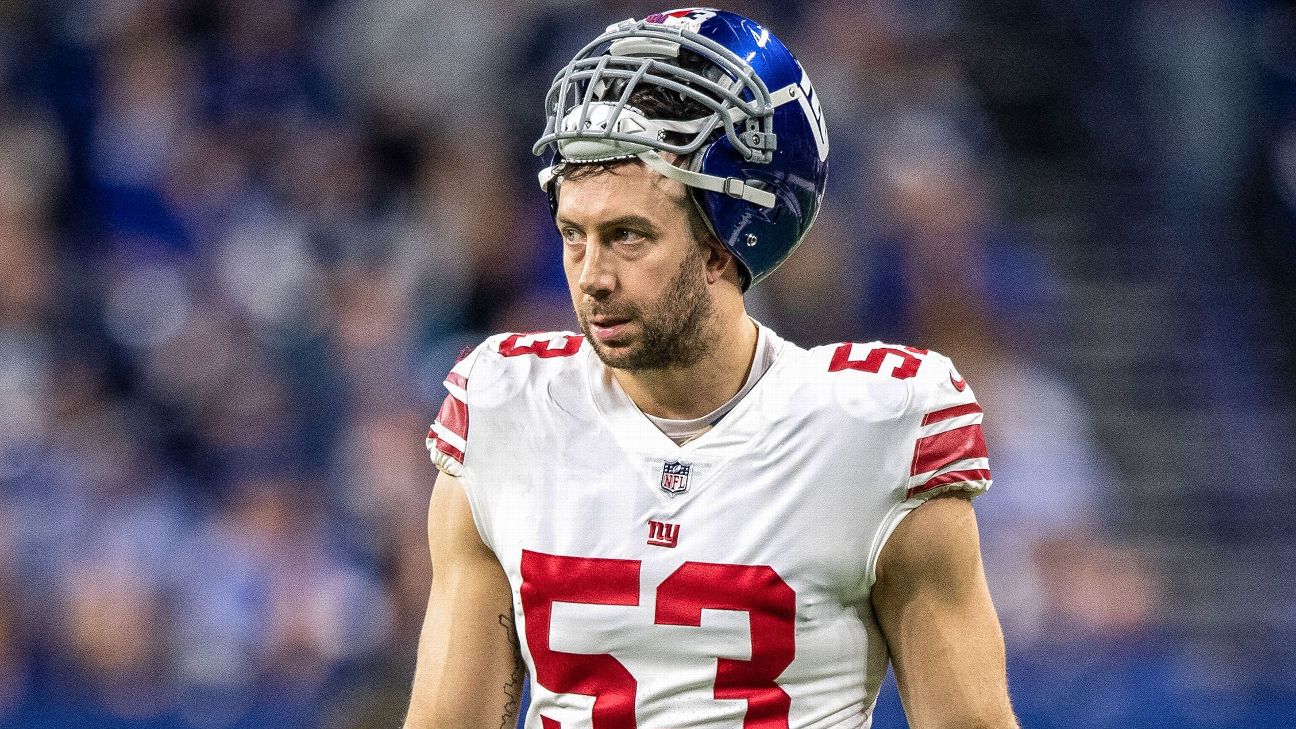 A versatile player who could get after the quarterback and play in space, Barwin racked up 56.5 sacks, 368 tackles and 44 passes defensed over 10 seasons with the Houston Texans, Philadelphia Eagles, Los Angeles Rams and New York Giants. He made the Pro Bowl in 2014, when he posted a career-high 14.5 sacks for Philadelphia.

Barwin is equally known for the work he has done in the communities he has played in. Through his Make The World Better foundation, Barwin has focused on the revitalization of public spaces such as parks and playgrounds to improve the quality of life in inner-city neighborhoods.

A former second-round pick of the Texans, Barwin spent the first four seasons of his career in Houston before signing a four-year, $21 million deal with the Eagles in 2013. He played 15 games for the Giants in 2018 (three starts), posting 12 tackles and a sack.
Report a correction or typo
Related topics:
sportsespnconnor barwinhouston texansnfllos angeles ramsphiladelphia eaglesnew york giants
Copyright © 2020 ESPN Internet Ventures. All rights reserved.
More Videos
From CNN Newsource affiliates
TOP STORIES