So when he says:

"The Eagles are going to win. It's just a known fact." - it's hard to disagree.

But Mark Henry is also a diehard Dallas Cowboys fan.

So when he says:

"The Eagles are going to win. It's just a known fact." - it's hard to believe it, at first.

But with the Cowboys not playing in the Super Bowl, Henry, from Silsbee, Texas, had a decision to make.

Could he actually root for the Philadelphia Eagles?

"As hard as it is to say, I have to go with Philly. Because they are in the NFC East and it proves the dominance of their division," Henry told 6abc Action News.

The Cowboys fan says he's not joining the Wentzwagon permanently, but he is jumping on the Eagles bandwagon for the next few days as a supporter of the division.

"The NFC East, those guys chew each other up all season long. If you can come out of the East, you've got a pretty good chance of winning," Henry said.

Henry says his decision has nothing to do with Tom Brady and the New England Patriots' storied past. Though, others seem to be bothered by their frequent trips to the Super Bowl.

"His greatness is magnified by his wins, but success is the thing that makes everybody dislike him. How can you be mad at somebody for succeeding? I'm not a hater like that. I believe great franchises...after a while people get tired of seeing the same guys and he's just fallen into that category and there's nothing anybody can do about it," Henry said.

Henry, who was in town to promote the WWE's 4-night takeover of the Wells Fargo Center this weekend, including the Royal Rumble event on Sunday, credited Doug Pederson and the Eagles' 'next man up' mentality for the team's incredible run despite all the injuries.

"They always had another man, that next man up that was ready to go," Henry said. "It's a byproduct of the coaching, so Doug Pederson gets a big pat on the back from me."

Henry says he just wants to see a competitive matchup, and that's what wrestling fans are also hoping for when it comes to this weekend's WWE events.

As for the Royal Rumble match, which catapults the winner into the main event of WrestleMania, Henry says unlike previous Rumbles, you won't see him step into the ring this year.

Royal Rumble weekend begins on Saturday night with NXT Takeover: Philadelphia, where WWE Superstars who are not on the main roster, and may have honed their skills in other promotions, battle in a series of matches.

On Sunday, the Road to WrestleMania begins with the 2018 Royal Rumble event. The main event, a 30-man battle royale with a twist, which originated in 1988, always has some surprises for the audience. And this year, for the first time ever, history will be made with a 30-woman Royal Rumble match.

"Those are the people I can say, there is a better probablity they will win because they just work harder than everybody else," Henry said.

WWE will round out their stay in Philly with live tapings of their weekly Raw and Smackdown shows, on Monday and Tuesday night. Tickets are available here.

Henry, who had his first televised WWE match in 1996 in Philadelphia, now serves as an ambassador for the WWE, visiting countries around the world to help promote the company, as well as charities.

He is also doing voiceover work for cartoons including Disney XD's 'Pickle and Peanut.'

And though he says he won't be in the Royal Rumble match, don't count Mark Henry out from ever lacing up the wrestling boots again.

"I may pull a Brett Favre. Down the road, if my body feels right, or if some young punk feels they have too many words they can't back up, I may step back," Henry said.

At least he didn't reference a Cowboy. 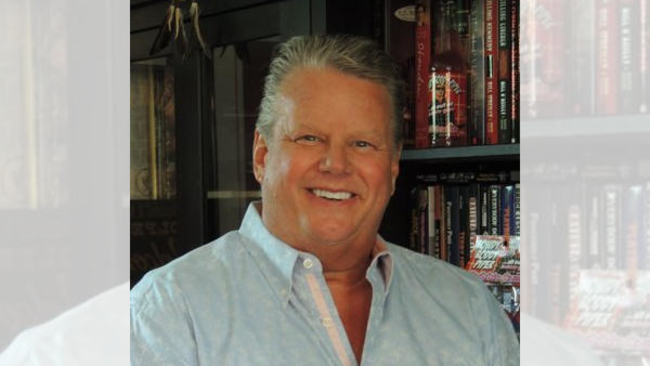