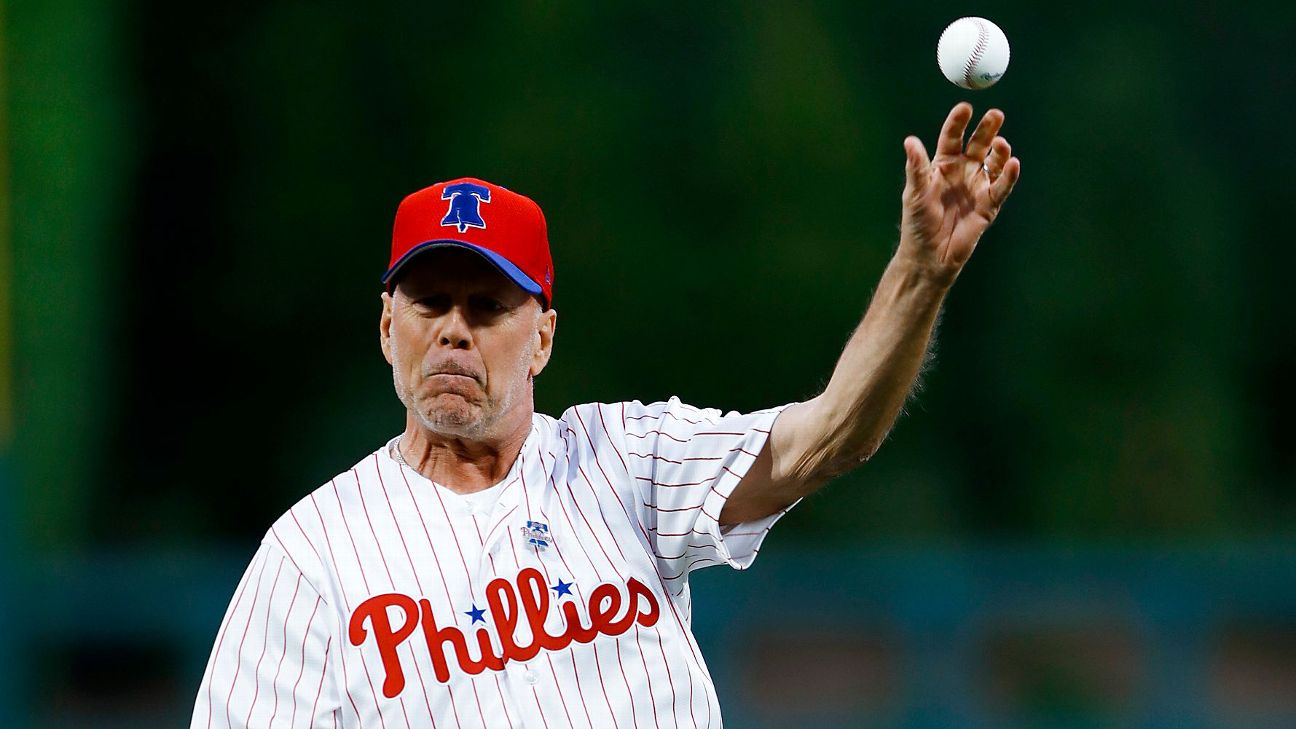 PHILADELPHIA -- Bruce Willis was moonlighting for the Philadelphia Phillies.

Willis, star of "The Sixth Sense" and "The Fifth Element," threw the first pitch in his No. 19 Phillies jersey before Philadelphia played the Milwaukee Brewers on Wednesday night. Willis wasn't within striking distance of the plate -- he one-hopped the pitch to Phillies ace Aaron Nola.

Willis also took his cuts in batting practice against coach Dusty Wathan using a bat borrowed from Phillies outfielder Nick Williams. Willis grew up in the southern New Jersey town of Carney's Point and has filmed movies in Philadelphia, including "Glass."

"I just like to hit the ball," Willis said before Philadelphia's 5-2 loss. "I just like the noise. I grew up with the Phillies."

"I maintain, not a Christmas movie," Kapler said during a lively debate with beat writers in his office. "Aren't most Christmas movies centered around the celebration of Christmas in some way or another?" 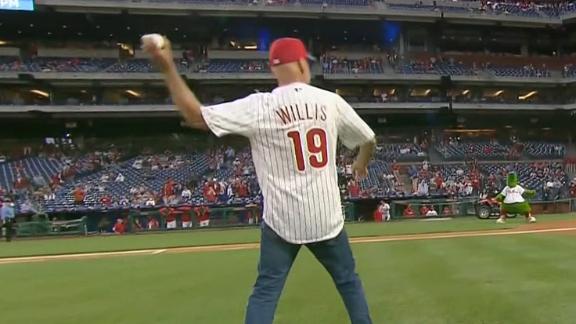