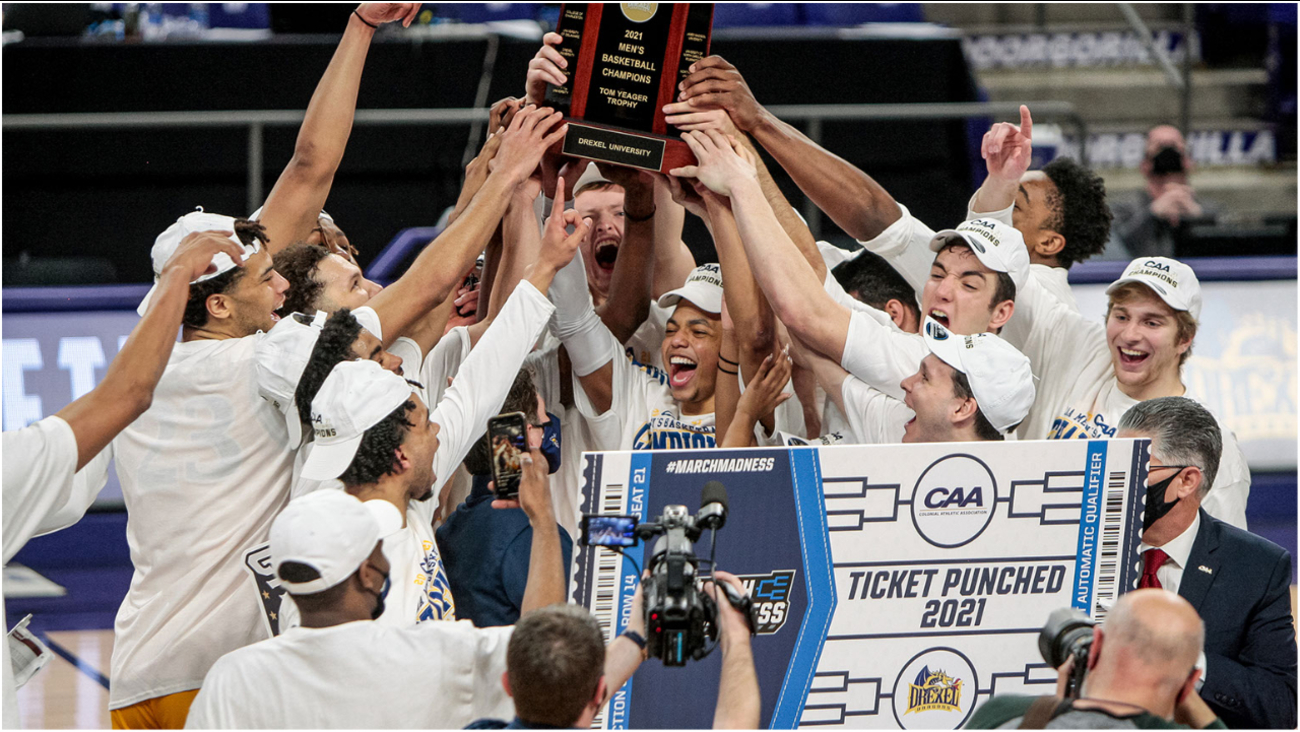 PHILADELPHIA -- Mate Okros scored 14 points with four 3-pointers and sixth-seeded Drexel is headed to the NCAA tournament for the first time in 25 years after defeating eighth-seeded Elon 63-56 in the championship game of the Colonial Athletic Association tournament on Tuesday night.

The Dragons, whose last NCAA appearance came in 1996 as a member of the America East Conference, were 10-of-17 from 3-point range and went 29-of-51 in their three wins.


Xavier Bell added 11 points and was one of three players with two 3s for Drexel (12-7), which played four games at James Madison's Atlantic Union Bank Center this season and only two at home due to COVID-19 issues.

Hunter McIntosh scored 19 points for Elon (10-9), which had its seven-game winning streak end in a bid to be the first team to win four straight in the CAA tourney. Ikenna Ndugba added 16 points for the Phoenix, who have never been to the Division I Big Dance.

Elon beat top-seeded James Madison by one in the quarterfinals and defending champion Hofstra by 18 in the semifinals.


Drexel is now 8-7 against Elon overall but they didn't play this season because of COVID issues.

Drexel took a 32-27 halftime lead, making 6 of 11 shots from 3-point range to 1 of 8 for the Phoenix. Okros hit 3 of 4 from distance and Zach Walton hit one from the left corner in the closing seconds for the Dragons.