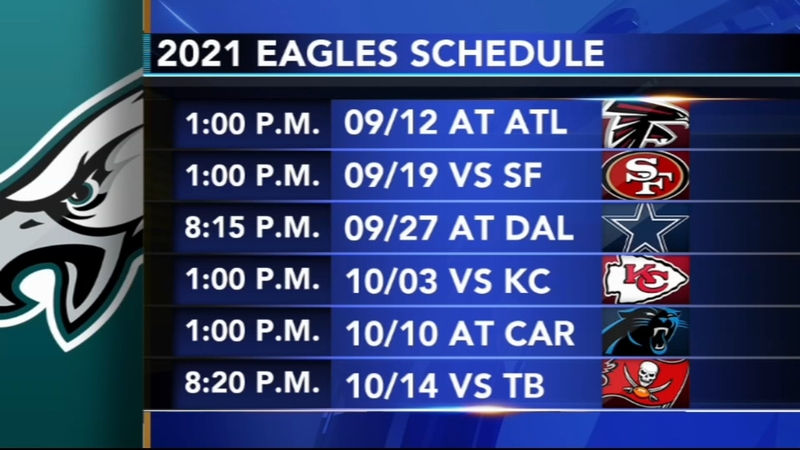 PHILADELPHIA (WPVI) -- The Philadelphia Eagles have agreed to terms with quarterback Nick Mullens.

It is a one-year deal, the team announced Monday.

He was placed on injured reserve last December with an elbow injury.

He was placed on injured reserve last December after injuring his elbow during a loss to Dallas.

Fun fact: Mullens threw for 4,405 yards in his first 16 starts, trailing only Patrick Mahomes for the most in NFL history.

Mullens signed with the 49ers as an undrafted free agent in 2017 after breaking Brett Favre's single-season record for yards passing and TDs as a junior at Southern Mississippi in 2015.

Head Coach Nick Sirianni has yet to name a starting quarterback for the upcoming season.