The Philadelphia Eagles are broken and it's time to feel panicked

The Birds are winless through three weeks and the schedule only gets tougher in October.
WPVI
By Ducis Rodgers
PHILADELPHIA (WPVI) -- Three weeks into the NFL season and the Philadelphia Eagles sit at 0-2-1.

As bad as it's been so far, it might get even worse. The Eagles' next three games are Sunday night at San Francisco, at Pittsburgh and home versus Baltimore.

Those teams are a combined 7-2. How many wins do you see there?

Is it time to panic?

Don't just push the panic button, jump on it with both feet. This team has many flaws right now.

The offensive line - while hit with injuries - has some deficiencies.

Linebacker play has not been up to par.

The coaching has been suspect.

This team is broken. And Coach Doug Pederson knows it.

"We're not a very good team," Pederson said on Tuesday.

What can Doug do to fix this? I don't have the answers - but I do know one thing, he's not going to bench Wentz as some fans have suggested.

You're going to put in Nate Sudfeld or Jalen Hurts? There were no minicamps or OTAs this year. No preseason games for Hurts to get his feet wet. There's no way he's ready to lead this football team.

The Birds' best bet to get out of this hole is to ride it out with Carson - even as dicey as that may seem.
Report a correction or typo
Related topics:
sportsphiladelphianflaction news sportssports flashphiladelphia eaglessports
Copyright © 2020 WPVI-TV. All Rights Reserved.
SPORTS FLASH 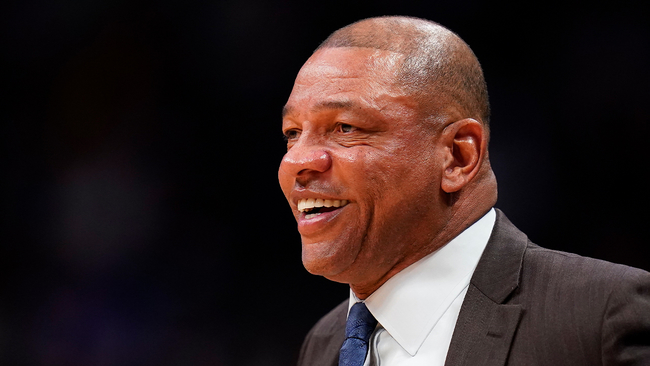 Doc Rivers could be cure to what ails 76ers | Sports Flash