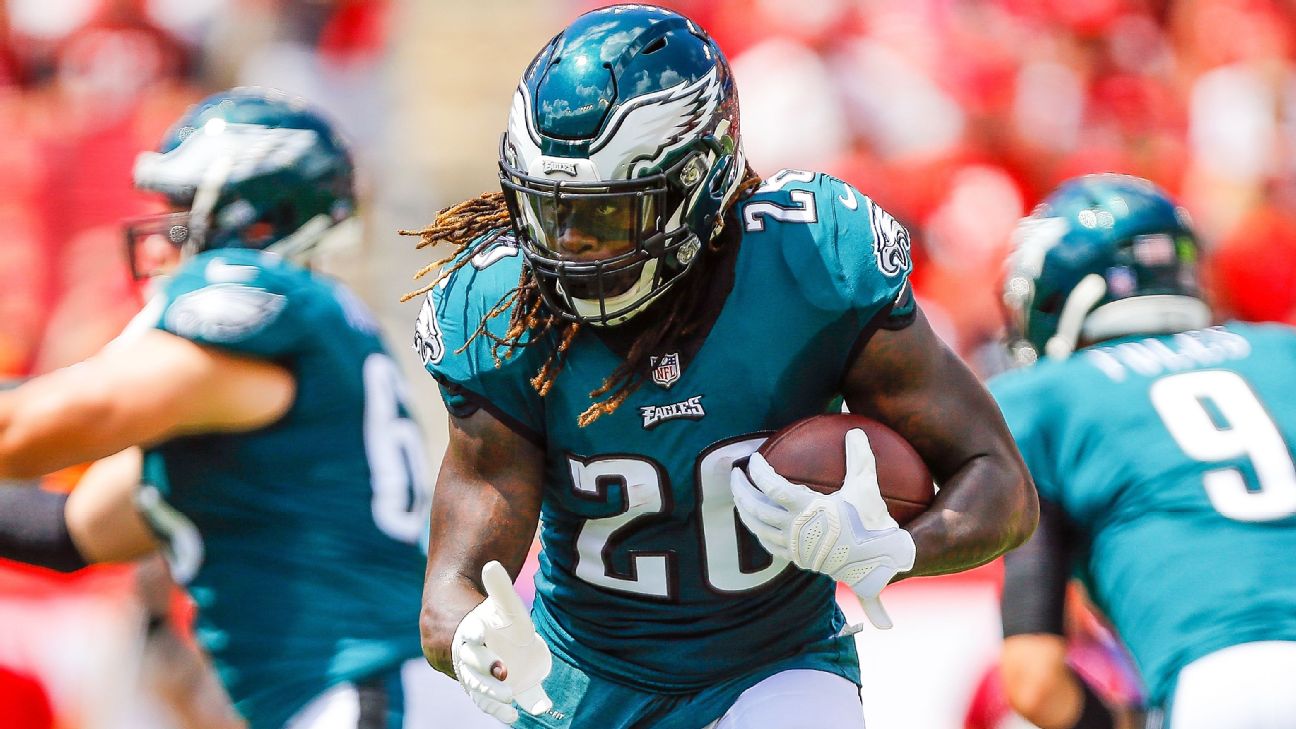 PHILADELPHIA -- Philadelphia Eagles quarterback Carson Wentz is going to be operating without several of his top skill position players as he makes his 2018 debut on Sunday against the Indianapolis Colts.

Running backs Jay Ajayi (back) and Darren Sproles (hamstring) have been ruled out for this game after being unable to practice all week. The next back in line, Corey Clement, appeared on Friday's report with a quad injury and is listed as questionable, but is expected to play, according to a source. Wendell Smallwood and rookie Josh Adams will be called on to try to fill the void if he can't go.

Receiver Alshon Jeffery is listed as questionable, as is left tackle Jason Peters (quad). Jeffery had still not been cleared for contact as of early Friday, coach Doug Pederson said, but has been increasing his workload in practice. They could use him, especially with fellow starting receiver Mike Wallace being placed on injured reserve this week with a fractured fibula.

The Eagles brought back Jordan Matthews on Wednesday to address the depleted receiving corps. He was with the team from 2014 to 2016, is close friends with Wentz and has familiarity with Pederson's system, but has only had a couple of days to get back up and running.

"He's very familiar with the terminology, the players, obviously the quarterback, that's the first thing [you notice]," Pederson said. "And secondly, his leadership on the field, the way he carries himself, the way he can run routes, and just a smart guy. Those are the things that he has brought to us, and gives him an opportunity to possibly play."

Matthews plays almost exclusively in the slot, meaning Nelson Agholor, who has thrived inside since Matthews was traded to the Buffalo Bills last offseason, will probably line up on the outside more as the Eagles try to make their new receiver grouping work. Pederson is also likely to lean on his tight end trio of Zach Ertz, Dallas Goedert and Josh Perkins to get by while other positions are short-handed.

"It doesn't affect playcalling, it just affects personnel in the game," Pederson said of the injuries. "We're down some bodies, but look, we don't make excuses for it. It's part of the National Football League, injuries are going to happen every week, and we have to get the next guy ready to go."

Wentz will be making his first start in nine months after surgery to repair the ACL and LCL in his left knee. Ertz noted that the team can't expect Wentz to be "Superman" after a long layoff. But he'll be asked to carry some of the load Sunday given the depleted supporting cast around him.