Eagles training camp comes to a close--sort of 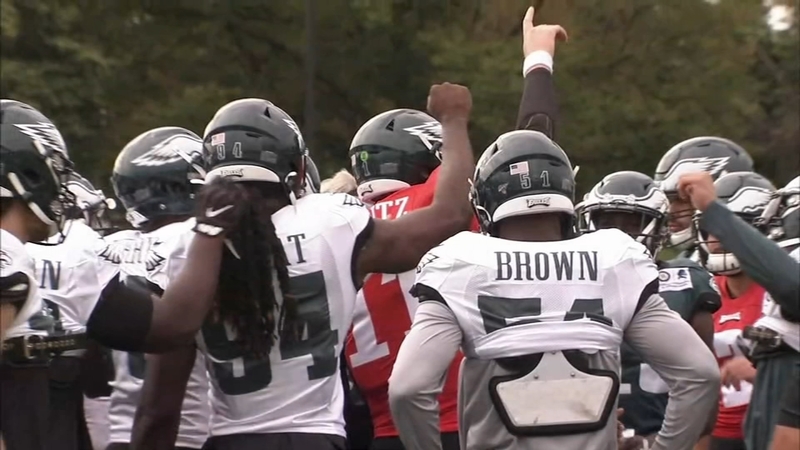 Eagles training camp comes to a close--sort of

PHILADELPHIA (WPVI) -- The Philadelphia Eagles "officially" wrapped up 2019 training camp Tuesday, but there is plenty of work still to do before the season opener on September 8.

Many of the players, including 9-year veteran Brandon Graham, didn't even realize that today was the final "true" day of training camp.

Graham joked, "Who said that? That's what the calendar says? Oh OK."

"We've been trending up the past 15 days, we've been out here, so we're excited about that," says Ertz.

Doug Pederson says he has still not decided if the starters will play in Thursday's preseason game against the Jacksonville Jaguars.

Quarterback Carson Wentz says he's on board with whatever the coach decides.

"I'm more than ready to get out there and play, but I'm good really either way," he says.

Wentz has not played in an NFL game since last December, but keeping him healthy this preseason appears to the priority.
Report a correction or typo
Related topics:
sportsnflaction news sportsphiladelphia eagles
Copyright © 2021 WPVI-TV. All Rights Reserved.
More Videos
From CNN Newsource affiliates
TOP STORIES