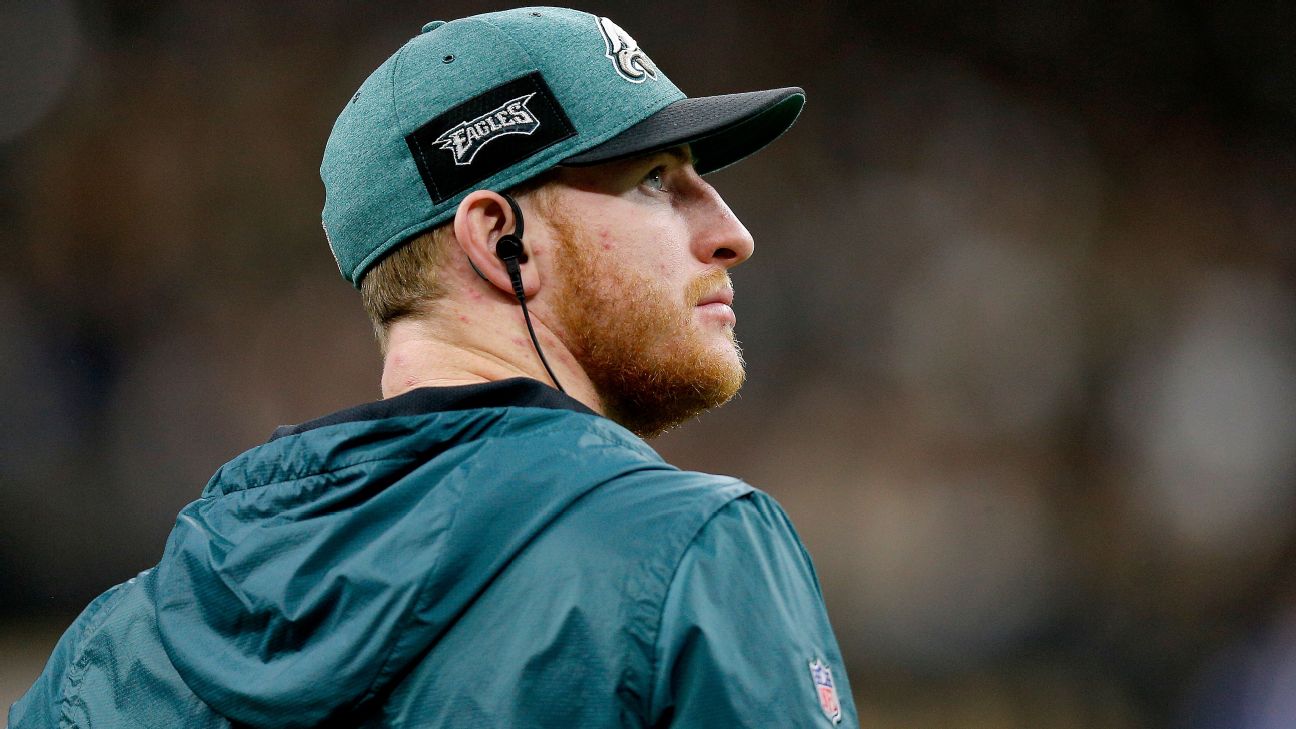 PHILADELPHIA -- Eagles quarterback Carson Wentz is not yet fully recovered from the stress fracture in his back that cut short his 2018 season.

"It's still getting there. It's still getting there," Wentz said Monday at the start of the team's offseason training program, when asked if the bone is fully healed. "Some of this stuff just takes time, but that's not really the main concern. It's just kind of how I feel, and I feel pretty good with where I'm at."

Wentz first appeared on the team's injury report in October. The stress fracture was discovered in December through a scan. At the time, coach Doug Pederson said it was an injury that could take about three months to heal. It has been four months since those comments.

Wentz, though, said he has been cleared for some football activity and hasn't moved off his goal of taking part in OTAs when they begin in May.

Wentz missed the final three games of the 2018 season once the fracture was discovered. Coming off a torn ACL and LCL that sidelined him for the first two weeks, he completed 70 percent of his throws with 21 touchdowns and seven interceptions in 11 games.

"Obviously a knee injury rehab is aggressive and it's not fun for anybody. A back injury is not fun either, but it's a different thing," Wentz said. "I definitely feel better where I'm at [compared with last offseason] both physically and mentally, and I'm really excited. Feels like the first day of school today a little bit. It's exciting." 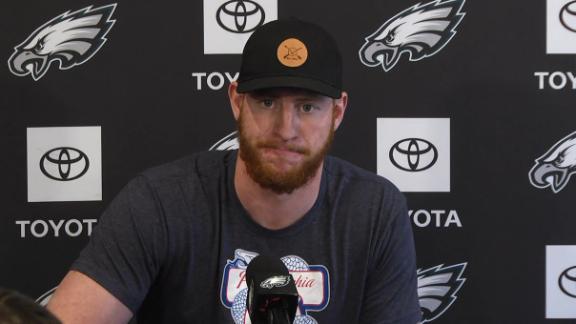 Wentz ready to put injury behind him
Carson Wentz updates the latest on his recovery from the stress fracture in his back.
Report a correction or typo
Related topics:
sportsespncarson wentznflphiladelphia eagles
Copyright © 2021 ESPN Internet Ventures. All rights reserved.
More Videos
From CNN Newsource affiliates
TOP STORIES