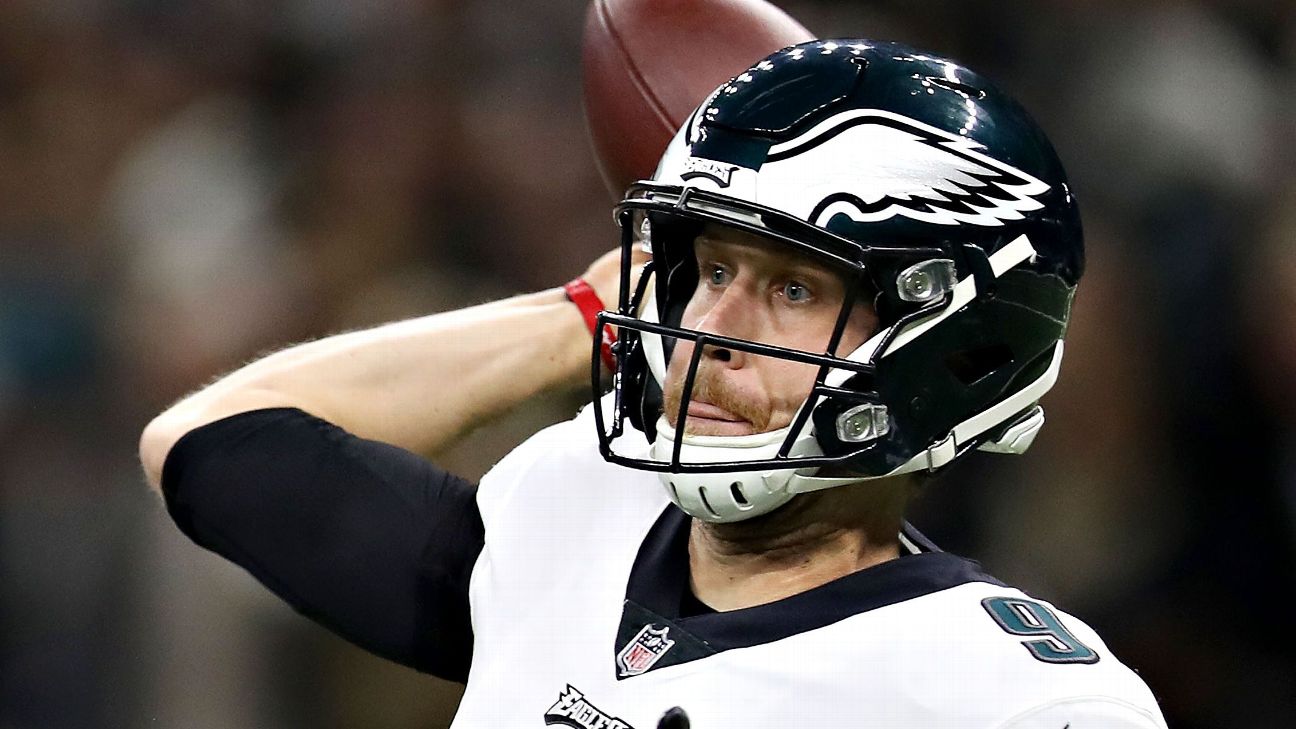 "We're going to let Nick Foles be a free agent," Roseman said at the NFL scouting combine in Indianapolis. "He deserves an opportunity to lead a team."

Foles' primary objective this offseason was to find a team he could call his own after two noteworthy seasons -- and one Super Bowl MVP trophy -- as Carson Wentz's backup.

Foles opted out of his contract with the Eagles by paying them back $2 million in February.

"I would love to lead a team," Foles said at the close of the 2018 season. "The starter thing, leading a team, impacting a locker room ... that's why we play the game, to impact people, to create an atmosphere."

Roseman noted that the combine is the NFL's version of the baseball winter meetings, where teams have the opportunity to talk about potential trades. The organization was entertaining the idea of placing the tag on Foles to facilitate a trade, but this decision signals that the team was unable to find a deal that worked.

By letting him walk, the Eagles are expected to receive a compensatory pick as high as a third-rounder in 2020.

Foles' potential market shrank when the Denver Broncos traded for former Baltimore Ravens starter Joe Flacco. There is expected to be mutual interest between Foles and the Jacksonville Jaguars. Additional suitors have been difficult to identify.

Originally drafted by the Eagles in the third round in 2012, Foles was traded to the St. Louis Rams prior to the 2015 season after a few up-and-down years in Philly, and he contemplated retirement following a difficult year in St. Louis. Instead, he rejoined coach Andy Reid as a backup with the Kansas City Chiefs before returning to Philly in a similar role in 2017.

A signing that received little attention at the time proved to be one of the most important in franchise history, as Foles took over for an injured Wentz down the stretch that year and helped the team to its first Super Bowl title.

He completed 73 percent of his passes -- an NFL record for one postseason -- and threw six touchdowns with one interception during that playoff run en route to being named Super Bowl MVP.

He proved it was no fluke by saving the Eagles' season this past year. Again playing in place of an injured Wentz, Foles helped Philadelphia to three straight wins to close the regular season, as well as a road victory over the Chicago Bears in the wild-card round of the playoffs.

Foles, 30, has completed 62 percent of his passes in 54 career games with 68 touchdowns and 33 interceptions. He has the sixth-best career postseason passer rating (98.8) in NFL history. 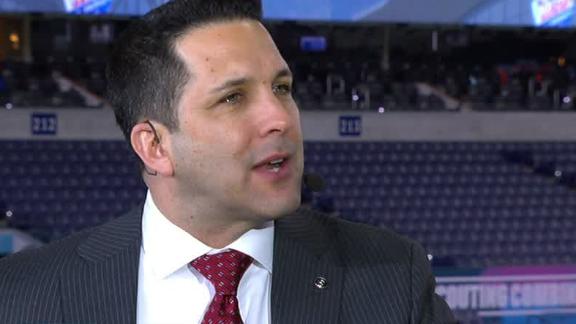