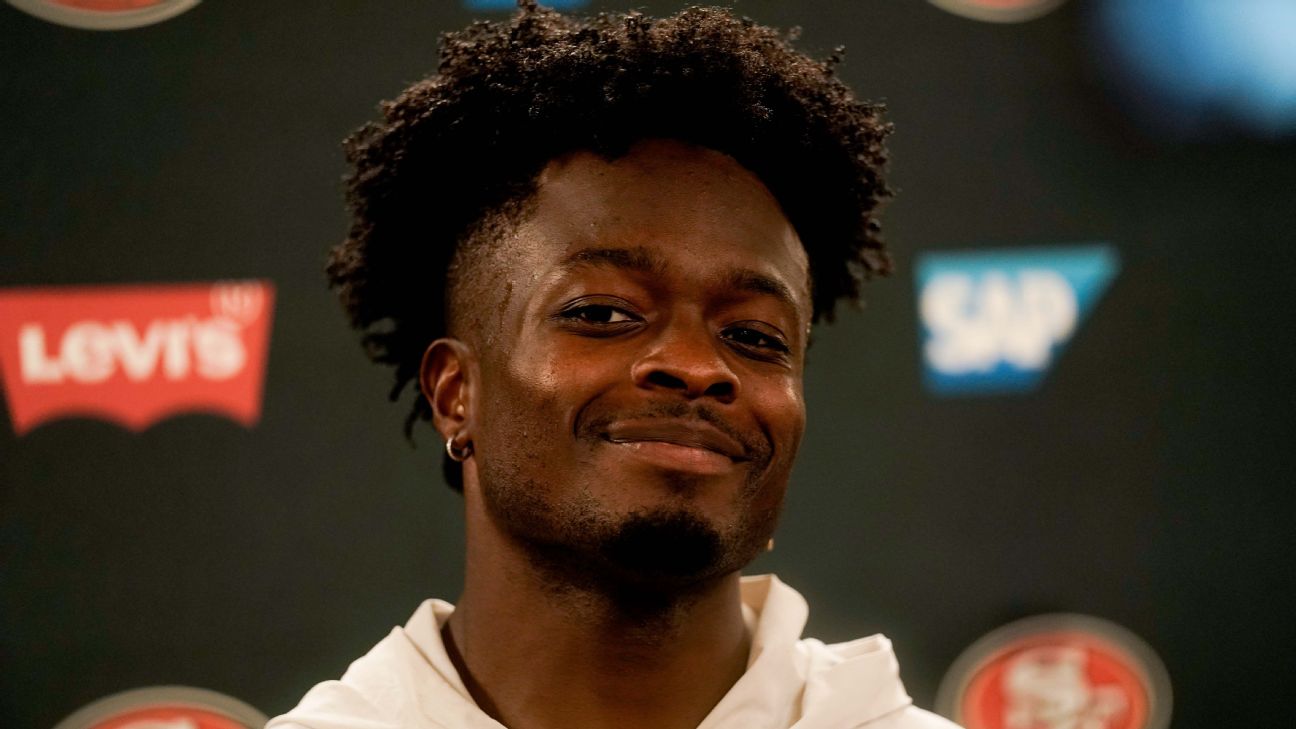 PHILADELPHIA -- Eagles wide receiver Marquise Goodwin has opted out of the 2020 season due to coronavirus concerns.

Family is top of mind for Goodwin. His wife, Morgan, had a baby girl in February after suffering multiple miscarriages.

In need of more speed at the receiver position, the Eagles acquired Goodwin from the San Francisco 49ers in April. He was part of the "track team" Philadelphia assembled this offseason along with draft picks and fellow burners Jalen Reagor, John Hightower and Quez Watkins.

The rookies will have to pick up some of the slack now, as the Eagles opted not to aggressively pursue wide receiver upgrades in free agency.

They do have a healthy DeSean Jackson returning. Jackson, 33, played in just three games last season due to an abdominal tear. Alshon Jeffery, meanwhile, continues to recover from a Lisfranc injury.


"He's doing extremely well," coach Doug Pederson said of Jeffery. "He's going to continue to work and get himself ready. I don't put timetables on players, but when he's ready, he's ready, and he'll be back out there on the field with us."

The Eagles would likely lean heavier on second-year player JJ Arcega-Whiteside if Jeffery is not available. Greg Ward is in line to get playing time from the slot.

Goodwin, 29, played his first four years with the Buffalo Bills before joining the Niners in 2017. His first year in San Francisco was his best as a pro, as he caught 56 balls for 962 yards.