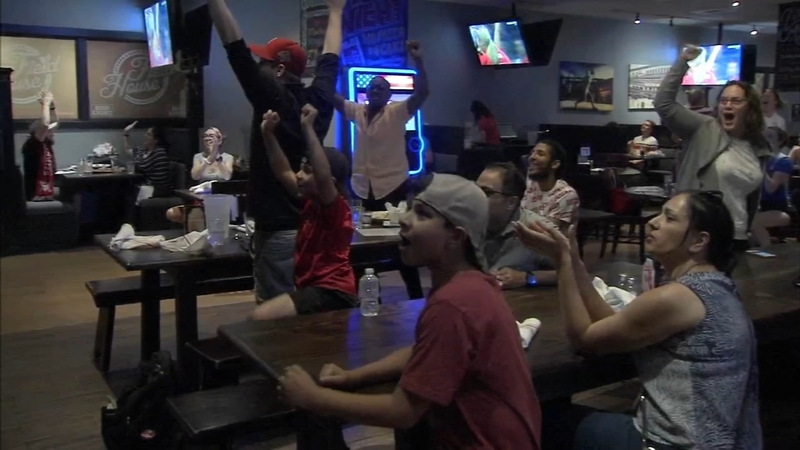 PHILADELPHIA (WPVI) -- What a game. An exciting match up against England in the FIFA Women's World Cup Semifinals--the victor, playing for the World Cup.

The fans gathering at Field House in Center City, deeply invested in the U.S. women's team.

"They kind of remind me of the '99ers. They're all in it together," said Megan Shunway of Ardmore. "There's no big personalities that take over, they're all working together and it's just really electrifying."

"USA has made it into the semifinals, and USA men's does not do that," he said.

At the half, USA was up 2-1. Alex Morgan scoring the second USA goal today, which happens to be her 30th birthday.

"The women are playing really good, we need a couple more goals underway to feel like we've got it under wraps," said Tammy Albers visiting from Texas.

No need for another goal. After 97 intense minutes team USA declared victory, 2-1.

Up next: the final.

"I think Sweden will probably come out and we'll play a rematch with Sweden," predicts Tanner Amos from West Virginia.