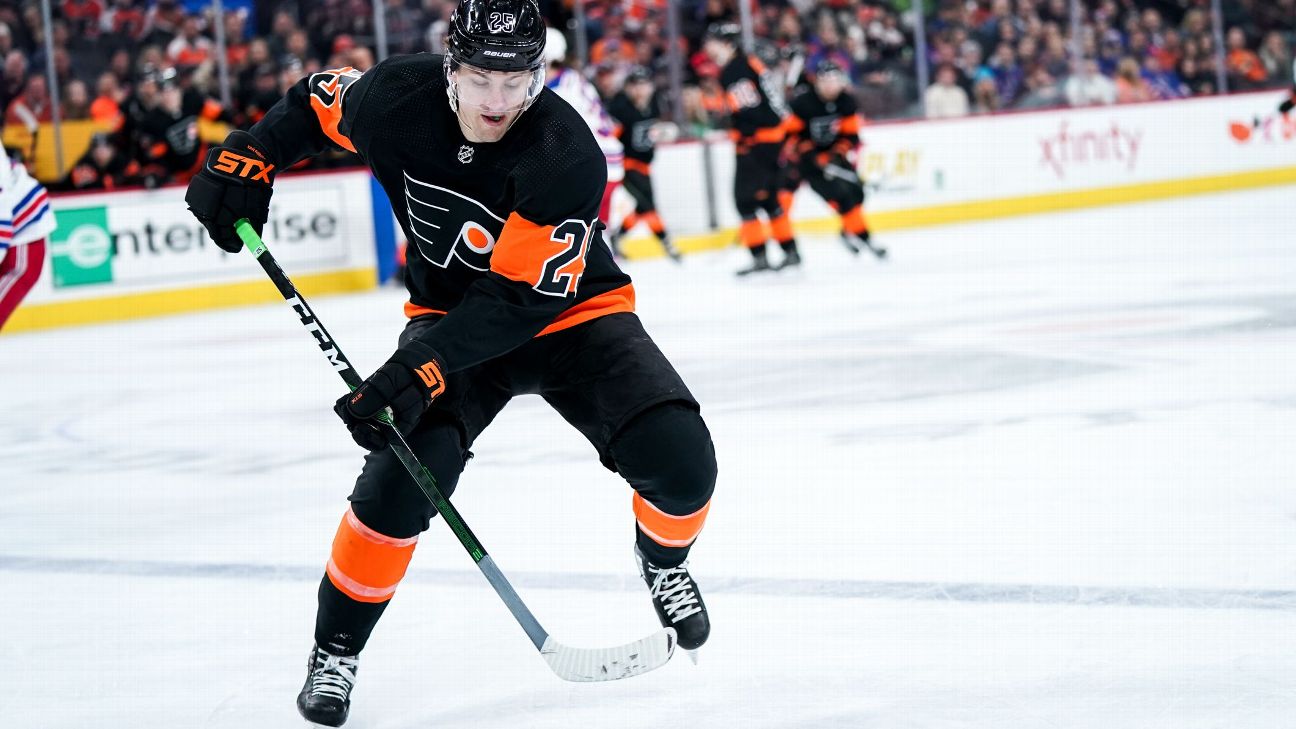 The winger took a shot to the hand from Washington Capitals defenseman Jonas Siegenthaler during the first period of a game between the top teams in the Metropolitan Division. Van Riemsdyk immediately went to the locker room and did not return.

Coach Alain Vigneault confirmed the break after his team's 5-2 victory against the Capitals.

"I'm not sure the severity of it," Vigneault said. "There are different breaks, but he took that shot right on the tip there. I'll find out tomorrow for how long."

Van Riemsdyk has 19 goals and 21 assists for 40 points in 65 games this season. He has been on the Flyers' third line during the winning streak that has vaulted them up the standings.

"He's an elite player in this league," Flyers center Kevin Hayes said. "There's a reason why he scores 25-plus every year. He brings a lot to this team."

Vigneault said rookie Joel Farabee would be recalled from the minors to replace van Riemsdyk beginning with Philadelphia's home game Thursday against Carolina.

"We have guys in the minors that have played a lot of games this year that have contributed, and I'm expecting the same thing," Hayes said.

Philadelphia has won 10 of 12 games. Winger Travis Konecny, who scored his 24th goal of the season Wednesday, credited van Riemsdyk for his role in beating the Capitals.

"It's tough to see JvR go out of the game like that, but that just gives us an opportunity to step up for him and reward him for a big block there for us," Konecny said. "It's one of those things it hits him the wrong way, but you never know if it got through. It's something you've got to do and it maybe helped us win the game."
Report a correction or typo
Related topics:
sportsespnnewsjames van riemsdykjoel farabeephiladelphia flyers
Copyright © 2021 ESPN Internet Ventures. All rights reserved.
More Videos
From CNN Newsource affiliates
TOP STORIES