Yes, Gritty has only been around for a year, though it may feel as if he's been a Philadelphia treasure for decades.

To honor the Philadelphia Flyers award-winning mascot, Mr. Philly Word Art himself, Dan Duffy, has made Gritty the subject of his latest project.

"It's been my goal to create every Philly sports icon out of words, and Gritty almost immediately cemented himself as one of the most popular figures in the city," Duffy told 6abc.com.

Duffy decided to draw Gritty out of the words that make up his origin story found on the Flyers' website.

Did you remember his full name is Grittwald G. Grittington? Of course, you did.

Not only are the words all about Gritty, but so is the font! 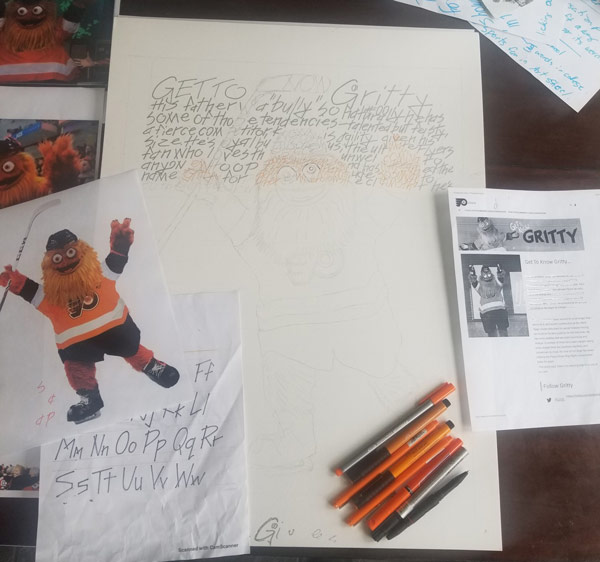 "I started out by researching a bunch of different images of Gritty. Using these as inspiration, I then made a completely original sketch of him. What made this piece a little different is the actual font itself," Duffy said. "I took Gritty's signature, created the entire alphabet in his style of writing and used it to write out the entire piece line by line. The last step was the coloring and shading....I needed to make sure his beard really popped!"

Duffy said it took somewhere between approximately 75 hours to complete the piece, when taking into account research, sketching, and coloring. 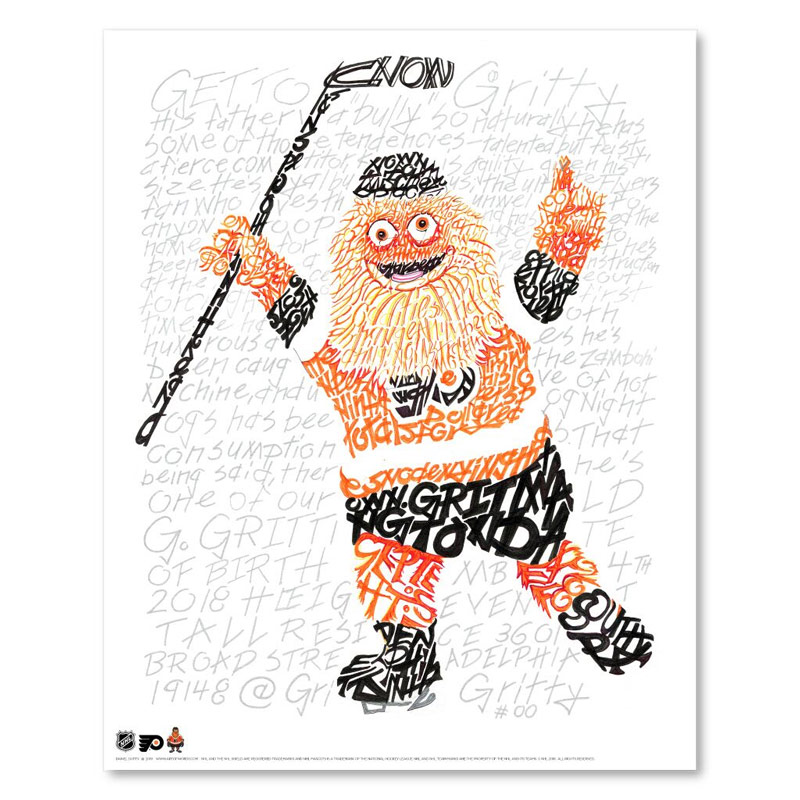 "I tried to make the piece as Gritty as possible. I hope he likes it as much as his new hermit crab! I know he has a birthday coming up so I figured he'd appreciate an early gift," Duffy said.

Prints are available at artofwords.com.

By the way, Gritty's birthday is September 24, in case you wanted to get him a present yourself.
Report a correction or typo
Related topics:
sportsartaction news sportsgrittyphiladelphia flyers
Copyright © 2021 WPVI-TV. All Rights Reserved.
More Videos
From CNN Newsource affiliates
TOP STORIES