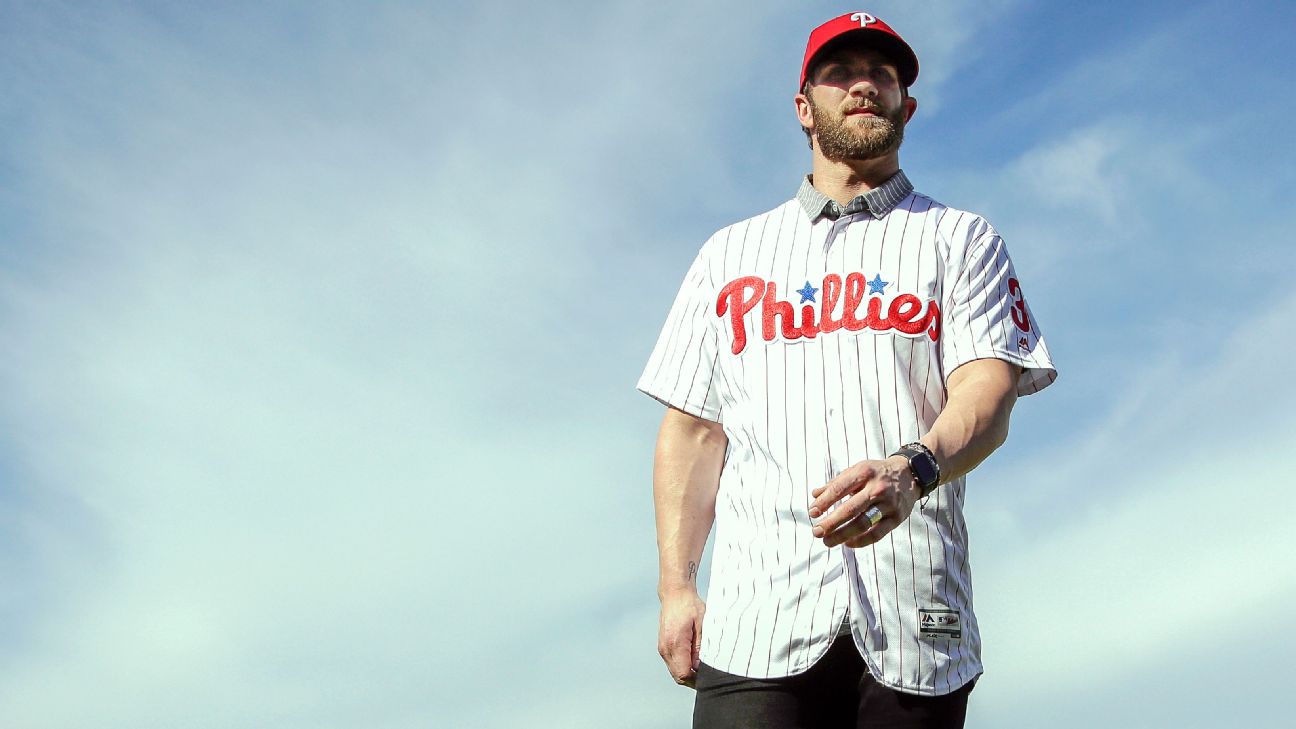 Bryce Harper has overthrown the King.

According to retailer Fanatics, Harper's new Philadelphia Phillies jersey set a company record by becoming the top online seller in any sport for any player during the first 48 hours after its launch. The previous record belonged to LeBron James and his Los Angeles Lakers jersey, a Fanatics spokesman confirmed to ESPN. The next best-selling jerseys after James' were the ones that belong to Giancarlo Stanton (New York Yankees), Khalil Mack (Chicago Bears) and Jimmy Garoppolo (San Francisco 49ers).

Harper's Phillies jersey became available to the public at 2:10 p.m. ET Saturday, about 10 minutes after the start of a news conference to formally introduce the star outfielder, who last week signed a 13-year, $330 million contract that is the richest deal in North American sports history.

After wearing No. 34 during his entire seven-year tenure with the Washington Nationals, Harper switched to No. 3 with his new team. Recent Hall of Fame inductee Roy Halladay -- who died in a plane crash in November 2017 -- wore No. 34 during his four seasons in Philadelphia. The last Phillies player to wear 34 was catcher Andrew Knapp during the 2017 season. Prior to Harper, outfielder David Lough was the most recent player to don the No. 3 in Philadelphia (2016).

According to Fanatics, the top three markets for sales of Harper jerseys so far are Philadelphia, Washington, D.C., and New York. 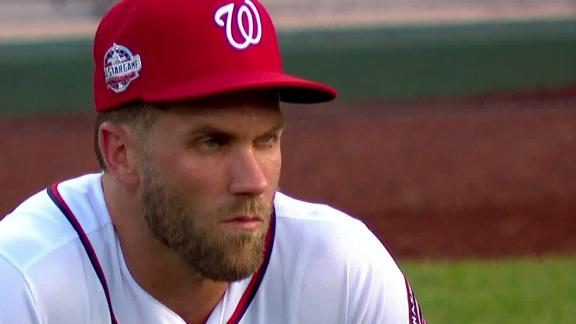