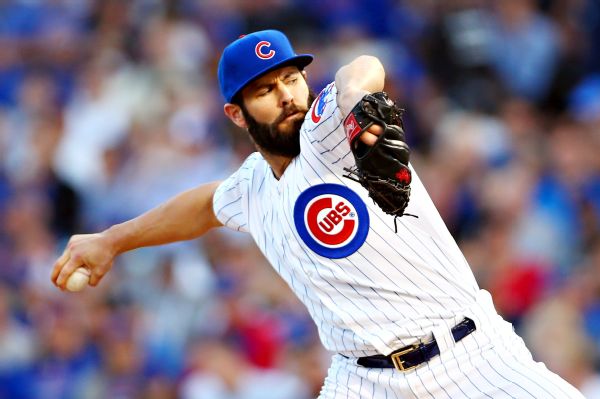 The Philadelphia Phillies and free-agent right-hander Jake Arrieta have agreed to a three-year, $75 million contract.

The Phillies announced the deal on Monday.

Arrieta can opt out of the deal after two seasons, but the Phillies can void that opt-out clause if they first trigger a two-year extension to make the pact a five-year deal, according to FanRag Sports.

That two-year extension would start at $20 million per season but could be worth up to $30 million based on the number of starts Arrieta makes in the first two seasons of the deal and Cy Young Award finishes in those seasons, FanRag Sports reported.

The news of the agreement was first reported by NBC Sports Philadelphia.

Arrieta is the second major free agent added by the Phillies this offseason. The team signed first baseman Carlos Santana to a three-year, $60 million contract in December.

Arrieta, 32, had a strong second half of 2017 leading into free agency, as he compiled a 2.28 post-All-Star break ERA. That kind of production was reminiscent of his historic second half in 2015, when his ERA was a minuscule 0.75. That helped garner him a Cy Young Award and a reputation as a big-game pitcher who gets better as the season progresses.

Arrieta's career 3.08 postseason ERA is also a good indicator of his big-game potential, as he has a wild-card win and Game 6 World Series victory on his résumé. He has been durable and effective since he was traded to the Chicago Cubs in 2013, though sometimes it takes time for his unique, cross-body delivery to lock in.

Arrieta has also produced two no-hitters and a career .222 batting average against him. Considering his delivery, some in baseball have wondered about his durability, but he has made at least 30 starts each of the past three seasons, helping the Cubs to the playoffs in each of them. His incredible training regimen is well-documented, keeping him in tip-top shape, especially for a pitcher.