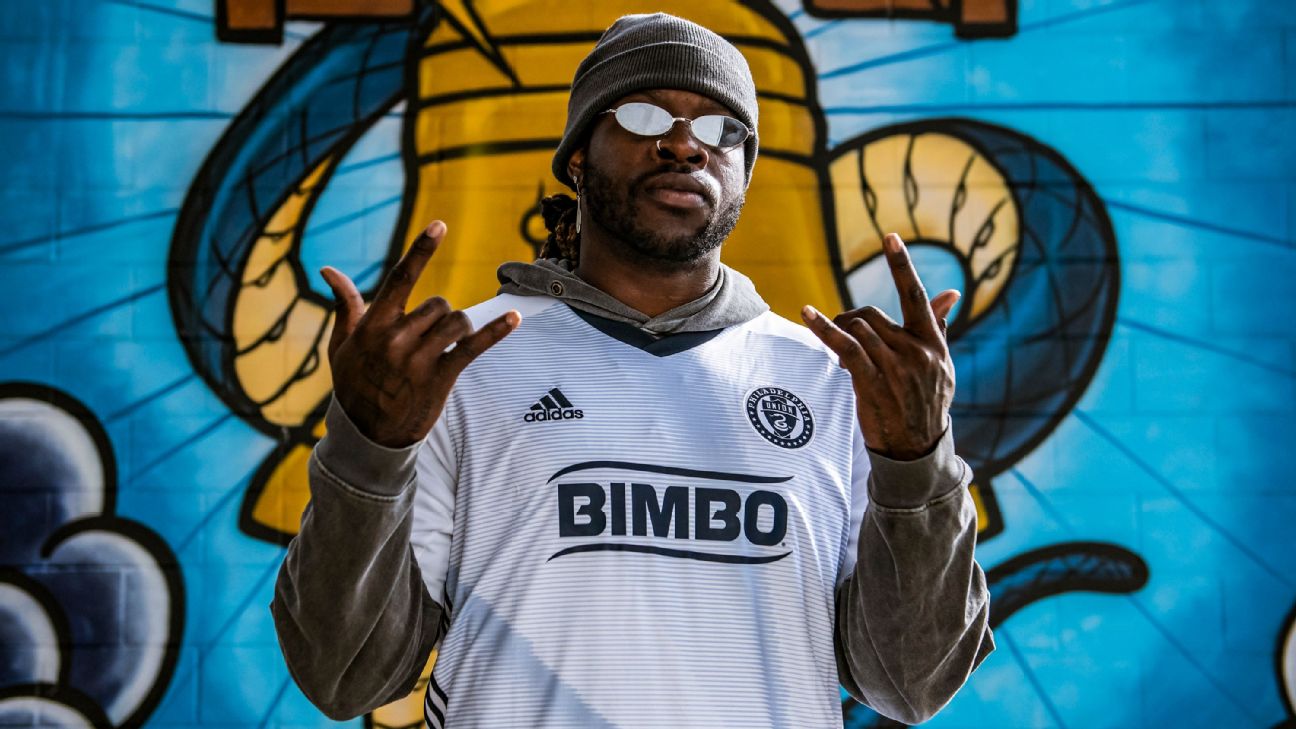 ESPN
By Noah Davis
On Feb. 4, 2018, Jay Ajayi hoisted the Vince Lombardi Trophy after winning Super Bowl LII as a member of the Philadelphia Eagles. Later this week, he'll look to raise another cup for the City of Brotherly Love. The Philadelphia Union signed the 26-year-old NFL free agent as their eMLS esports pro gamer, and he'll take part in Friday's eMLS League Series One event wearing navy blue and gold.

Ajayi, who grew up in London before moving to the United States as a 7-year-old with his parents in 2000, won't be a favorite in the event. Still, he hopes to use his real-world soccer skills -- he was a forward growing up -- and his pro athlete background to surprise the field.

"I thought it would be a cool, little opportunity to check out the esports world and see how good I am at FIFA," said Ajayi, the first NFL player to become a professional gamer. "I like to believe that I'm very good, that I'm great, so we'll see. It's good to have that mentality. You don't want to go in with a losing attitude."

The five-year NFL veteran -- who was selected to the 2017 Pro Bowl after rushing for 1,272 yards with the Miami Dolphins -- understands the value of a cohesive locker room. Unity is a trait he wants to transfer to esports, as well.

"I think chemistry is big," Ajayi said about his FIFA team-building philosophy. "That was probably the hardest part of picking my team. It took a long time, longer than I expected. I got a lot of rejections. But I finally got it right. I like my squad."

At eMLS League Series One in Philadelphia, he plans to play with soccer icons including Thierry Henry and Ronaldinho, as well as MLS All-Star Gonzalo "Pity" Martinez.

Ajayi has been an avid gamer and FIFA player since his days as a boy in London; more recently, he appeared on streams and YouTube shows such as FIFA & Chill. He had played former NFL star Chad "Ochocinco" Johnson and always was on the lookout for other opponents in NFL locker rooms around the league.

"There are few guys who are really into FIFA," Ajayi said. "Those are the guys I tried to tap in with, to play against and see if they are any good or not. They are solid, but, again, I'm the best."

While standing 6 feet tall and weighing 228 pounds, Ajayi doesn't have the prototypical FIFA body type, and those marathon gaming sessions can take a physical toll.

"My fingers hurt. My eyes hurt," he said. "But other than that, it definitely doesn't compare to a football game."

In joining the Union's squad, Ajayi follows in the footsteps of Cormac "Doolsta" Dooley, who swept the 2019 eMLS Cup Series as a member of the Union before signing with Nashville SC in October. Ajayi is ready to continue that tradition of success.

"I have to bring it back," the running back said. "I'm excited. Keep it rolling, you know?"

The Union also are hopeful about how their newest signing can perform.

"Jay has the fight, grit and winning mentality that Philadelphia is known for, and it quickly became clear to us that his love of the city, soccer and gaming made him a great fit for our esports team," Doug Vosik, the team's chief marketing officer, said in a statement.

Ajayi might become a new type of two-sport star. He is a free agent in the NFL, after being released last month by the Eagles, and isn't giving up on that dream. However, he is starting down a new path. The goal is for the "Jay Train" to keep rolling on the football field and the soccer pitch.

"I wouldn't say necessarily [esports] is my future thing," he said. "I would say it's something that I'm interested in right now. I'm just kind of going with the flow right now. Just enjoying the moment." 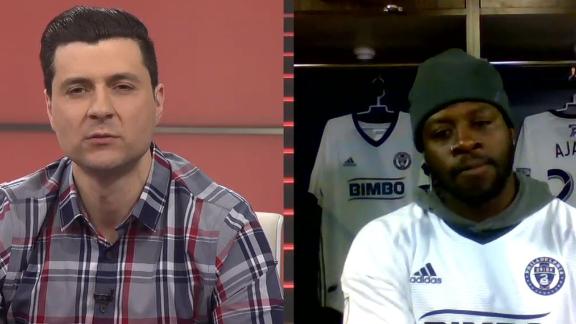