Jose Bautista headed to Phillies after stint with Mets 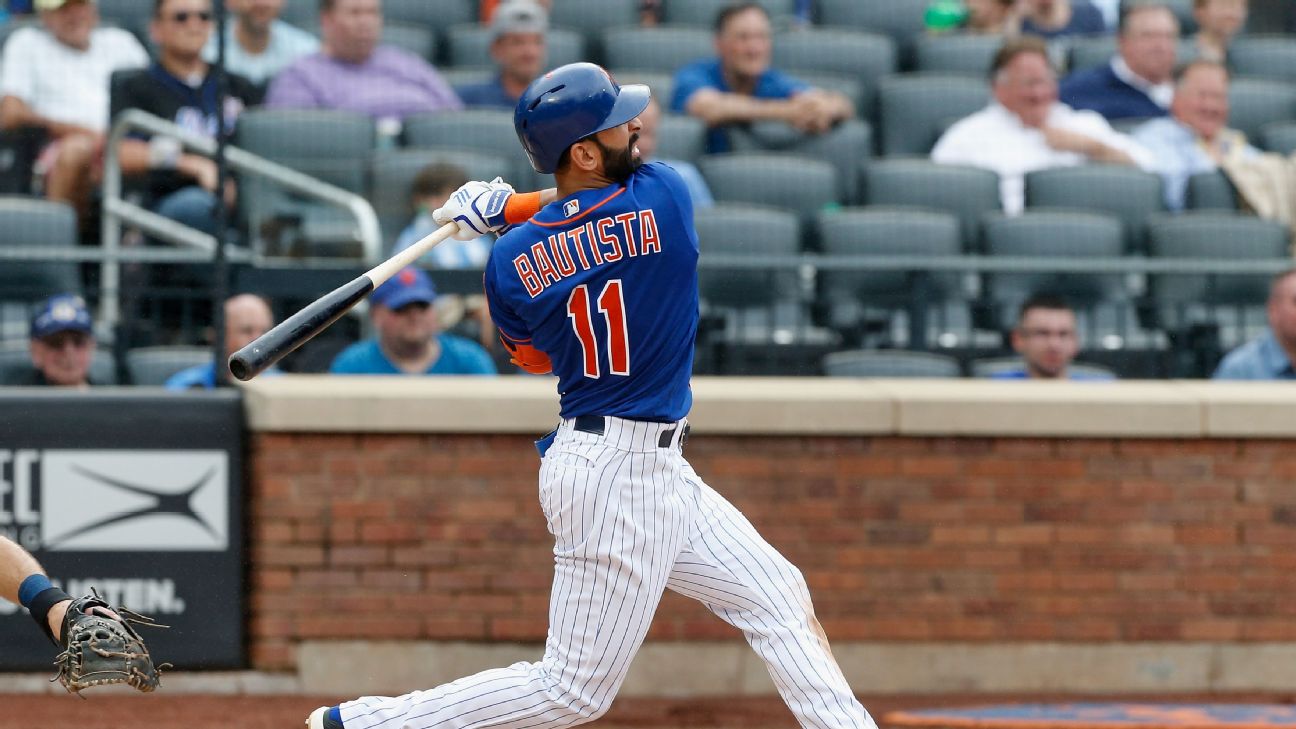 The New York Mets have traded Jose Bautista to the Philadelphia Phillies for a player to be named later or cash considerations.

Bautista, 37, was claimed on waivers by the Phillies on Monday. The teams had until Tuesday to work out a trade.

He has hit .204 with nine home runs and 37 RBIs since signing with the Mets, following his release from the Atlanta Braves earlier this season. Bautista started games in the outfield, at third base and at first base for the Mets. He is hitting .196 with 11 home runs and 42 RBIs overall this season.

"He's going to be a veteran presence in the dugout and in the clubhouse,'' Phillies manager Gabe Kapler said. "A major part of his role [is] how intelligent he is. He sees the game differently than anyone we have on our roster right now. He's very good at picking up tells and figuring out which of our pitchers and opposing pitchers are tipping, and he's going to share that with our clubhouse.''

Bautista, a six-time All-Star with the Toronto Blue Jays, has 342 career home runs.

"He came to us at a time where we had some injuries and needed some stability, and I think he not only provided that but did a lot more,'' Mets assistant general manager John Ricco said on a conference call. "This trade was really less about the return we got and more about a couple of other aspects.

"One, it allows us to clear out some playing time for some of our other younger guys. The second part I think was about doing the right thing by Jose. You know, he's a veteran player who came to us and, as I said, did a nice job both on and off the field. By being able to move him to a contender, albeit one in our division, but to a contender, it allows Jose a chance to participate in a pennant race and ultimately chase a World Series ring.''

This is the second trade made between the Mets and Phillies this season. The Mets traded infielder Asdrubal Cabrera to the Phillies in July.

Right-hander Mark Leiter Jr. was designated for assignment to clear room on the Phillies' 40-man roster for Bautista, and catcher Andrew Knapp was optioned to Triple-A Lehigh Valley.

The Phillies enter Tuesday's games 3 games behind the first-place Atlanta Braves in the National League East and 2 games out of an NL wild-card spot.