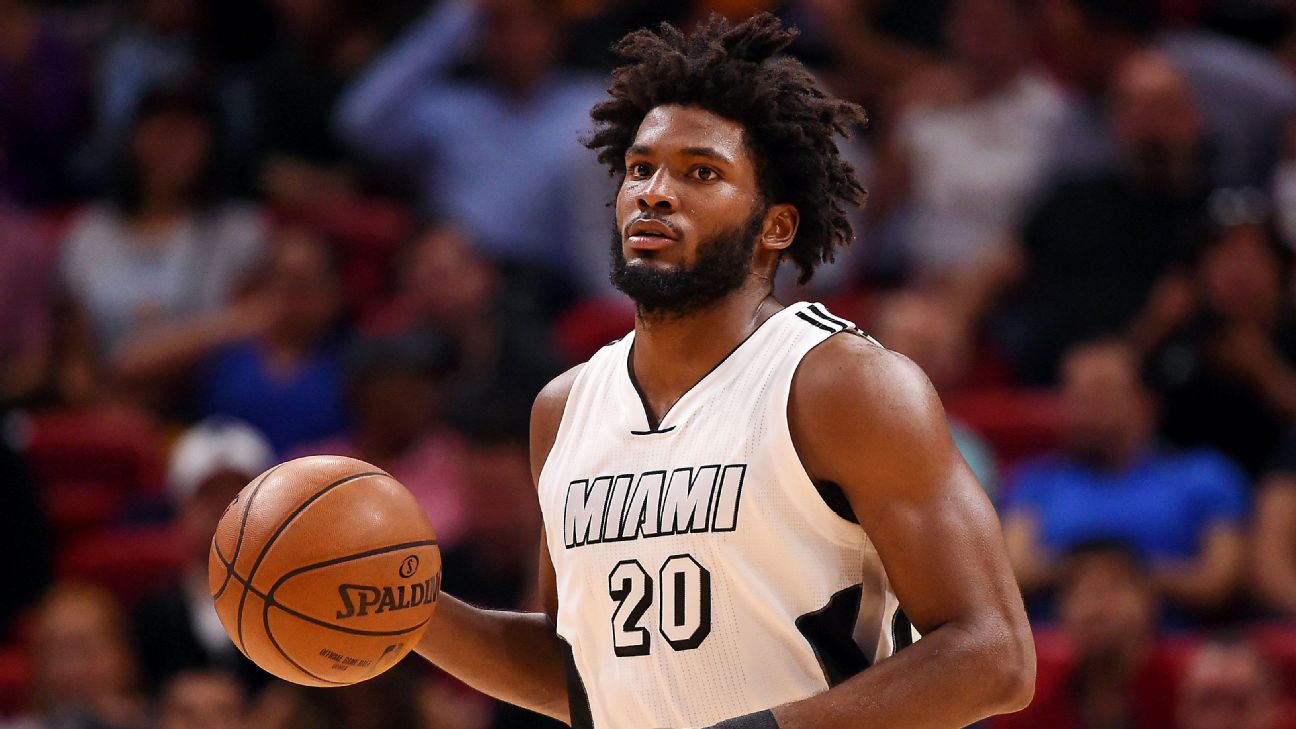 Winslow stepped on Embiid's mask in the second quarter of the Sixers' Game 3 win over the Heat on Thursday.

"Justise stepped on it and tried to break it with his hands, but little do they know is I have about 50 of them, so it's going to take much more than that to get me out of this series," Embiid said after Game 3.

Sixers coach Brett Brown said he didn't have an issue with Winslow stepping on Embiid's mask. Brown said it was part of the intensity of the playoffs.

The goggles fell to the floor in the second quarter of Thursday's contest. Winslow intentionally stepped on them.

"He kept throwing [his mask] on the ground. I don't know if he didn't like it or what," Winslow said. "I was talking to JoJo, we were smack-talking, trash-talking, going back and forth, but no love loss."

Embiid was wearing the mask to protect his fractured orbital bone, which had kept him sidelined for Philadelphia's previous 10 games.

The Sixers lead the Heat in their best-of-seven series 2-1. Game 4 is on Saturday afternoon.